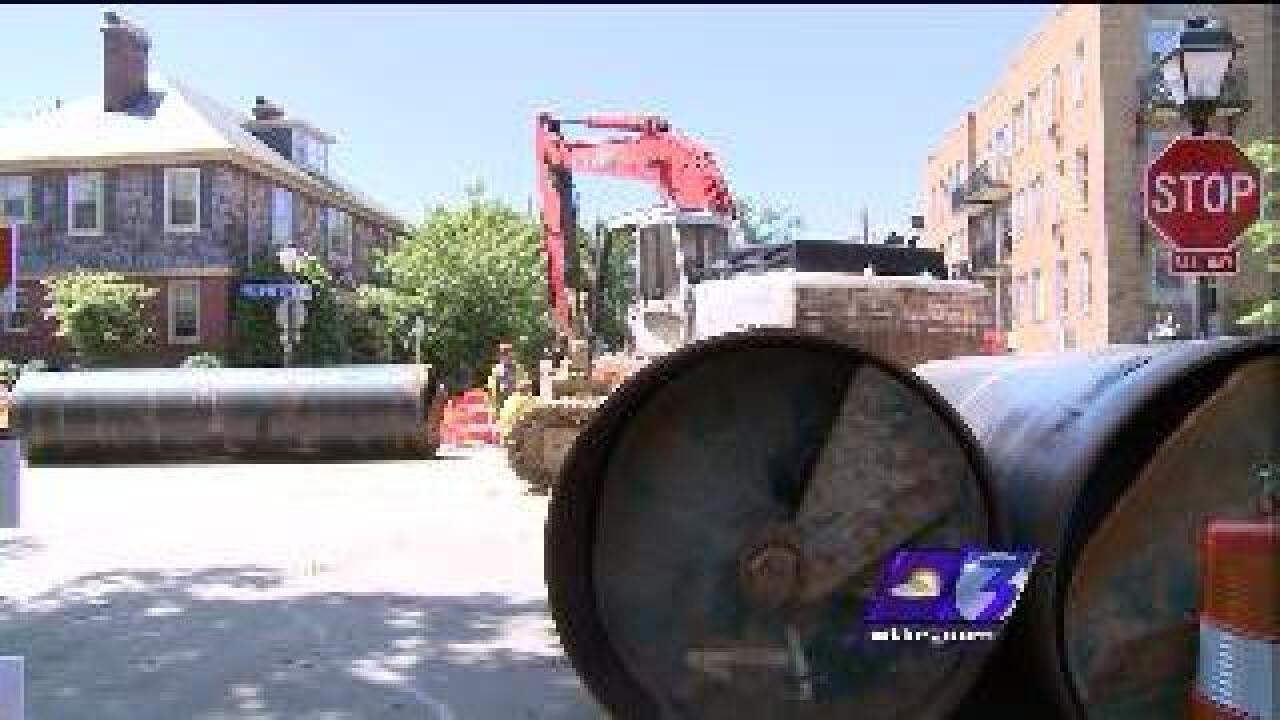 NewsChannel 3 took action to find out more about the construction projects currently underway in the Ghent section of Norfolk.

Driving through the area has been like an obstacle course for drivers over the last few weeks.

Crews say those conditions won’t change until at least a year from now. There are three different projects going on at the same time.

“This is not very pretty to see. Especially with our historic signs that we have,” says Jerry Nunviata, a Norfolk resident.

But this is work that he says is needed in the area.

"Already had the rescue squad out here for some problems, and you could smell natural gas over the entire neighborhood,” says Jerry,

According to Virginia Natural Gas, crews are replacing old gas lines with plastic pipes that they say will be more durable and less expensive to maintain.

At the same time, the Hampton Roads Sanitation District is replacing about three miles of old sanitary sewer pipes from the 1940s.

The new pipes are being installed mainly on Westover Avenue along with some nearby roads.

To speed things up, HRSD has two contractors splitting up the job. They expect the project to take about a year.

Norfolk Utility is taking the opportunity to replace a water line on Westover that is over 100 years old.  They’ve had some problems recently with water main breaks  in the area.

It’s a lot of work taking place all at once, which means lots of detours and blocked streets.