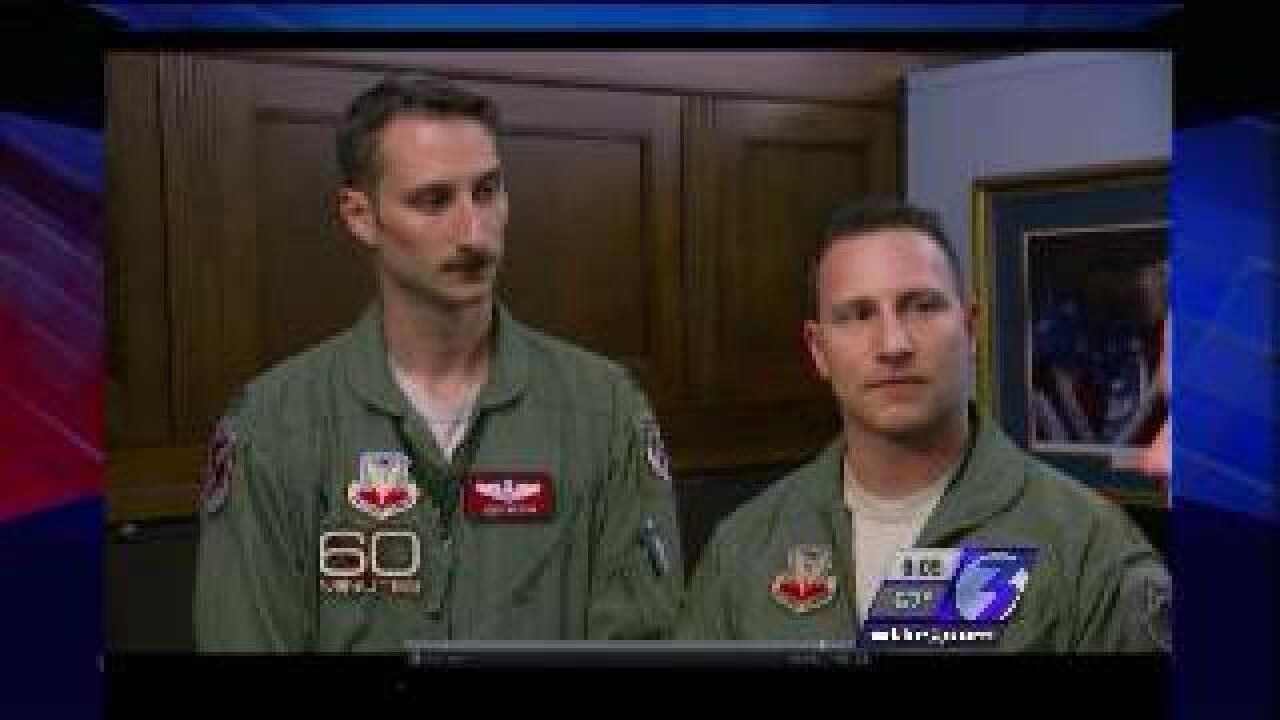 The whistle blower pilots refusing to get in the cockpit of F-22 Raptors at Langley say they are ready to fly again.

Just days after they appeared on 60 Minutes saying they were not comfortable flying the F-22s, the men are now ready to resume flying.

That's what their attorney told the Daily Press.

It's a move that could help solve the mystery flaw with the Raptor.

Josh Wilson and Jeremy Gordon say they are among as many as two dozen pilots who felt woozy at the controls of the Air Force jets flying out of Langley.

Something clouded their minds and scrambled their judgment.

It might be too little oxygen through their face masks, or they could be breathing in some kind of poison.

They don't know what it is and neither does anyone else.

Now their attorney tells the Daily Press that the pilots feel more comfortable about flying because the Air Force recently removed a charcoal filter which had been installed as a hedge against oxygen contamination.

They said the filter was making things worse.

As of now, only one pilot, Major Jeremy Gordon has been formally cleared to resume flying.  His hypoxia symptoms have disappeared.

His attorney told the Daily Press, Major Gordon notified the Virginia Air National Guard in writing that he is willing to get back in the cockpit.

The attorney says if Gordon flies again, it will provide the Air Force with a good test case. Essentially, his current condition would be a baseline to conduct further evaluation as a "test subject."