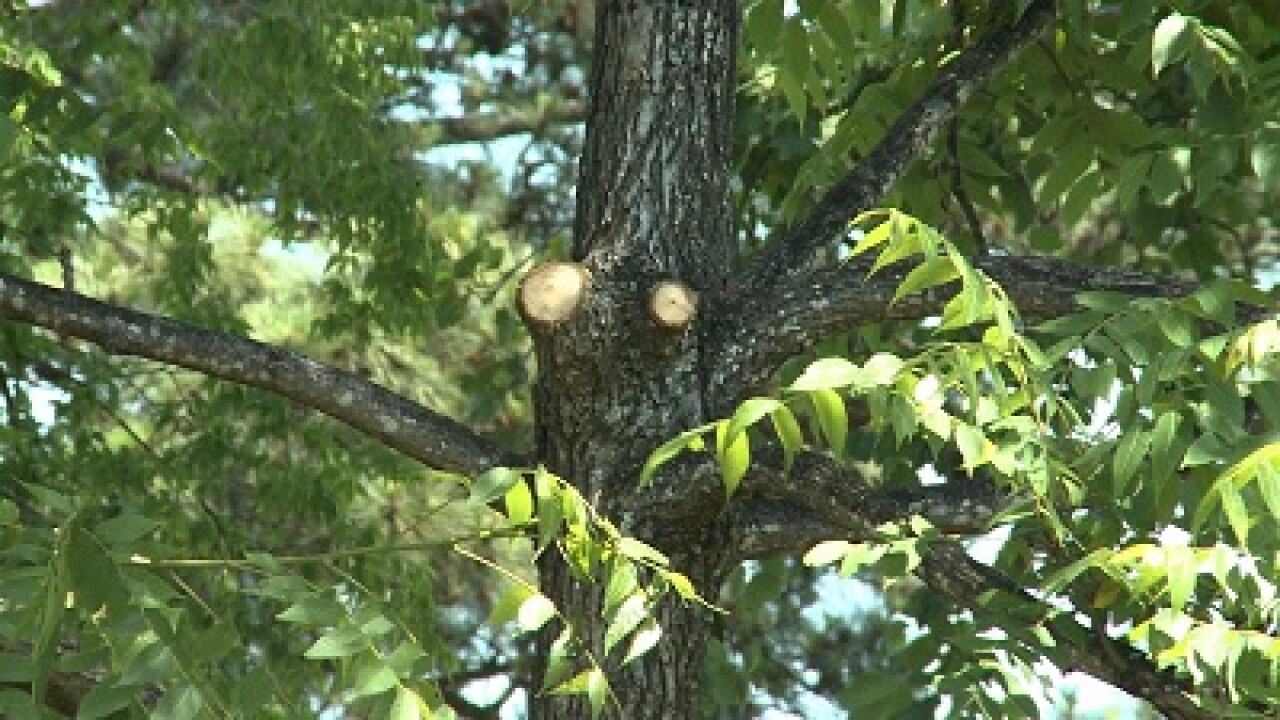 **EMBARGO WHNT Huntsville-Decatur-Florence, AL** An 8-year-old girl was found dead hanging from a tree in her backyard in Ragland, Alabama.

Ragland, AL (WHNT) — The St. Clair County Sheriff says a teenager has been charged with murder in the hanging death of a 9-year-old girl.

Sheriff Terry Surles said a 14-year-old was taken into custody early Friday morning, questioned, and charged with the murder of Katelynn Arnold.

“It was not accidental. It was definitely intentional,” Sheriff Surles said.

The incident happened late Thursday evening at 85 Poplar Ridge Lane in Ragland. Arnold was a foster child in the home, and the teen charged is her half-brother, Surles said.

Just after 8 p.m. Thursday, Arnold’s foster mother found her with a knot hanging around her neck, and called 911. The girl was rushed to a hospital in Pell City, where she was pronounced dead.

The teenager’s name has not been released, but he has already had his 72-hour hearing and will have another hearing later to determine if he’ll be charged as an adult.

Sheriff Surles said he did not know the motive for the crime yet, but said the investigation will continue.

“He is charged with murder,” Surles said.

Coroner Dennis Russell said Arnold’s cause of death is homicide by strangulation.

Arnold was a student at Ragland Elementary School. The school brought in grief counselors on Friday to talk with her classmates.

Ragland is about 45 minutes southeast of Gadsden.