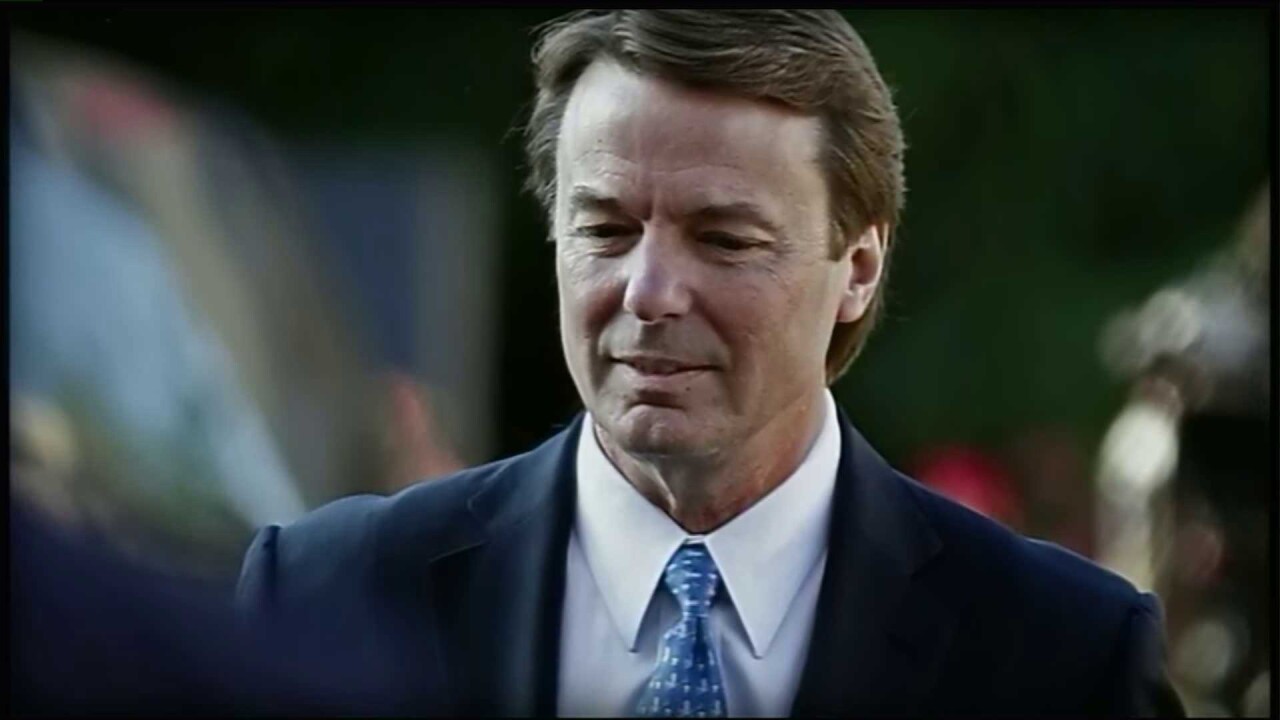 Another tough week of testimony in North Carolina.  In the trial of former presidential hopeful John Edwards.
John Edwards lawyers tried to get the charges thrown out Friday. Attorney Abbe Lowell telling the judge the prosecution’s case has holes and “they’re asking you to be a pothole filler”.

But prosecutors argued there’s enough evidence for jurors to draw a “reasonable inference (Edwards) knew what he did was against the law.”

The case centers on what Edwards knew about the nearly one million dollars in donations used to hide his pregnant mistress.  In August 2008 he told ABC:

“I have never asked anybody to pay a dime of money, never been told that any money has been paid. Nothing has been done at my request.”

But Edwards lied about the affair and the baby he fathered, and jurors watched that video this week.

“A bad taste was left in the jury’s mouth about John Edwards after they saw that video. The defense is going to have to distance the jury from John Edwards’ lies and focus the attention on the campaign law violations.” Said Steven Friedland, Elon University law professor.

The battle now facing Edwards’ defense attorneys: how to explain the technicalities of federal election law in the case of a client mired in scandal.

“One of the problems with this case is there are so many sordid details, the jury could get lost and not see this as a federal election law violation case, but just a case in which everyone is involved in mud.” Said  Friedland.

As prosecutors wrapped up their case this week, John Edwards reportedly turned to his lawyer asking, “that’s their case?”  but the judge clearly felt it was enough.  On Monday, Edwards’ team gets the chance to begin proving it was not. if they can’T, Edwards could face 30 years in prison.