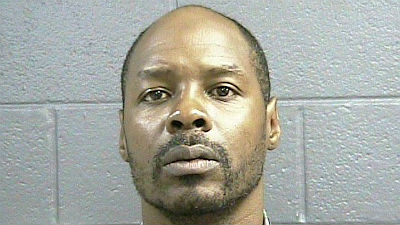 The two men entered the business, displayed handguns, and ordered an employee to lay on the floor. They then stole money and merchandise and fled through a rear exit.

One of the men has been identified as 41-year-old Joseph Eligh Harvey. Harvey is a black male, 5’11, and 190 pounds. The second man is described as a black male, 30-35 years of age, 6’2, with close cut hair and a thin goatee. He was last seen wearing a black sweat shirt, blue jeans, black and white tennis shoes.

Investigators seek assistance with the identification and location of this second man.

Anyone with information regarding the whereabouts of the suspects is asked to call the Crime Line at 1-888-LOCK-U-UP.

Both men are known to frequent the Brambleton area, and are considered armed and dangerous.