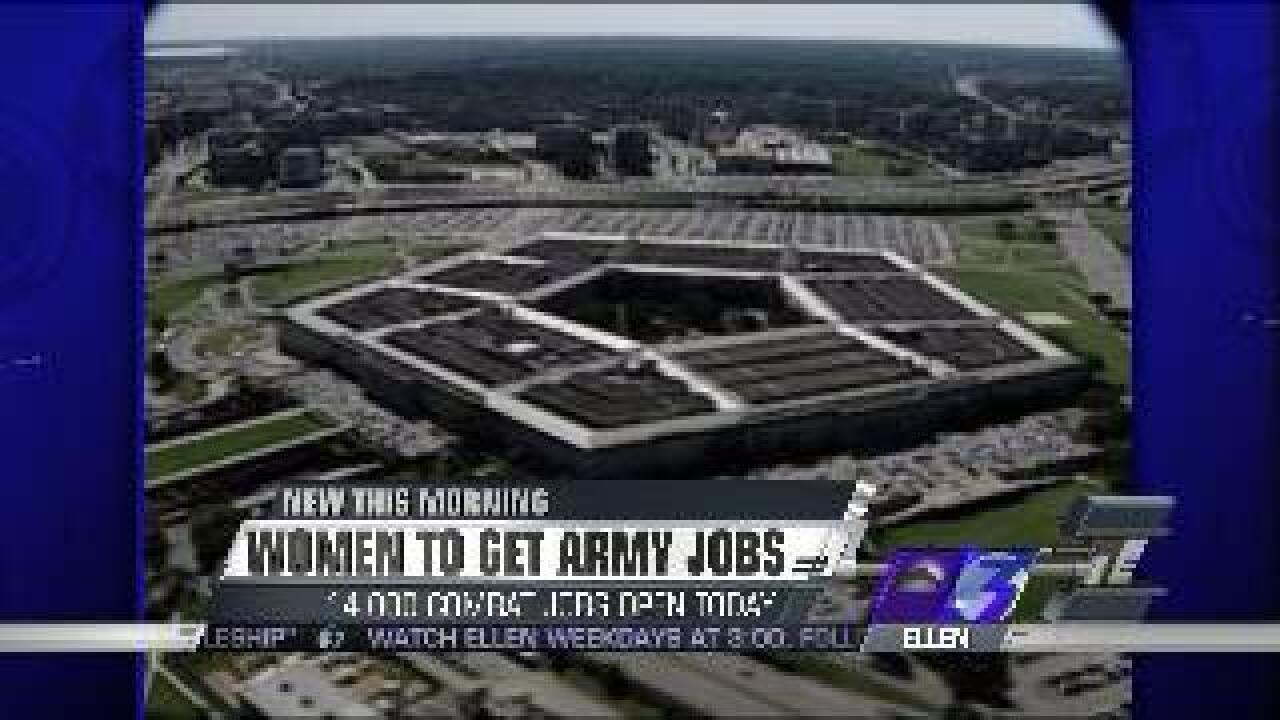 The Pentagon is opening more than 14,000 combat-related roles to women serving in the Army.

Female soldiers had been excluded from those jobs because the roles were either close to ground combat or directly involved in combat.

But advocates pushed for a change in policy, since women already risk their lives by serving on the front lines in patrols, and in risky military police and security units.

The Defense Department plans to assess the new policy in six months.

According to the Army Times, about 30 percent of Army jobs will remain restricted to men.