What does the student loan rate hike mean to you? 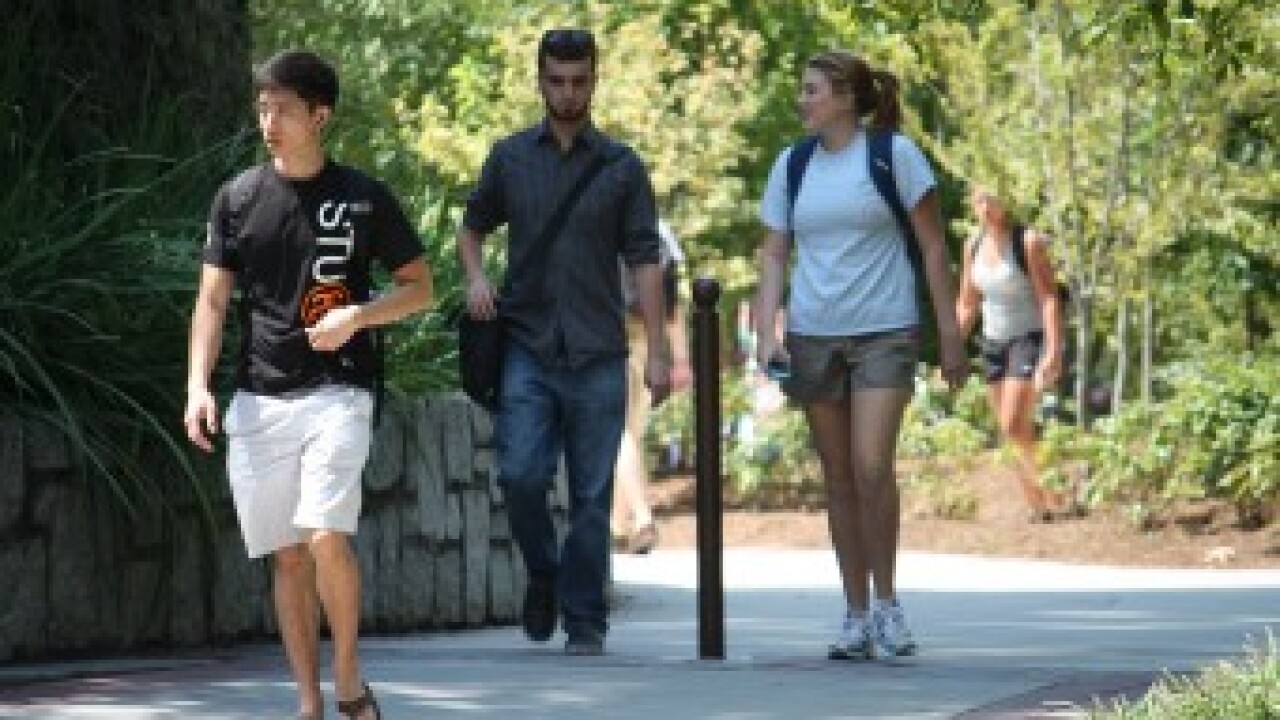 NEW YORK (CNNMoney) — For student borrowers, that pricey college education is going to cost a bit more next year.

If Congress does not act, interest rates on federal student loans, which were temporarily held at a low 3.4%, will revert back to 6.8% for the 2012-2013 school year starting July 1.

That means more than 7 million students taking out Stafford and other federally subsidized loans to cover next year’s tuition will have a harder time paying them off.

The average cost to students who take out a student loan next year will be $1,000 in increased debt, according to the White House.

Freshmen just starting out will feel the biggest hit. Assuming rates are 6.8% the next four years, students borrowing the maximum $23,000 in subsidized loans during college would pay an extra $38 a month after graduation. Over the standard 10-year repayment period, that’s an additional $4,600 in interest.

For high school senior Brittany Ketchup, the high cost of college coupled with higher interest rates could mean the difference between her dream school and a more affordable in-state option.

“I’ve worked so hard to get in to Howard, but I may have to stay in state for college and probably attend the University of Georgia or Spellman instead,” she said. “I don’t want money to be the deciding factor but I have to be realistic.”

For incoming seniors with just one year to go, the interest rate hike on a $5,500 subsidized loan will result in just $9 more a month over the same repayment period.

But that’s on top of other of loans and grants that most students rely on to cover the cost of college. “When you are talking about a student that’s cobbling together a financial aid package to pay for college, the reality is it’s not all going to come from one place,” said Haley Chitty, spokesman for the National Association of Student Financial Aid Administrators. “If these student loans become more expensive, it all starts to add up.”

For those just starting out, every dollar counts. “Everyone agrees that a higher education is worth the investment but it’s getting harder and harder to afford,” said Rich Williams, higher education advocate for consumer group U.S. PIRG.

More students than ever are relying on loans to pay for school. Two-thirds of students graduating from college or graduate school have student loans. Those loans averaged $23,200 per person in 2008, according to the Department of Education. That’s up from an average debt burden of $18,650 in 2004, when just half of students had student loans.

“That high level of student debt is placing serious financial barriers in front of graduates,” Williams said, referring to the rise. “With high monthly payments, saving up for a car or home might be delayed or even impossible, saving up to get married or start a family might be delayed and saving up for retirement and your children’s education will be much more difficult.”

“I’m really worried that I’ll never be able to do all the things I want to do,” said Katie Pantell. Pantell just finished her freshman year at Loyola University Chicago and is already concerned that joining the Peace Corps after graduating won’t be financially feasible. Although Peace Corps volunteers can defer repayment of most types of federal student loans, the rules vary.

“I have to make sure I can pay back my loans first — any type of program I do is limited by whether I can defer my interest payments,” she said.

Shannon Litze, a financial advisor at Ameriprise Financial, suggests students minimize their burden by supplementing loans with summer jobs or several small scholarships at the outset.

“No matter what happens with interest rates you’re going to have a big amount of loans at the end,” Litze said. “If you work now to reduce them, then you are going to be in such a better position after graduation.”