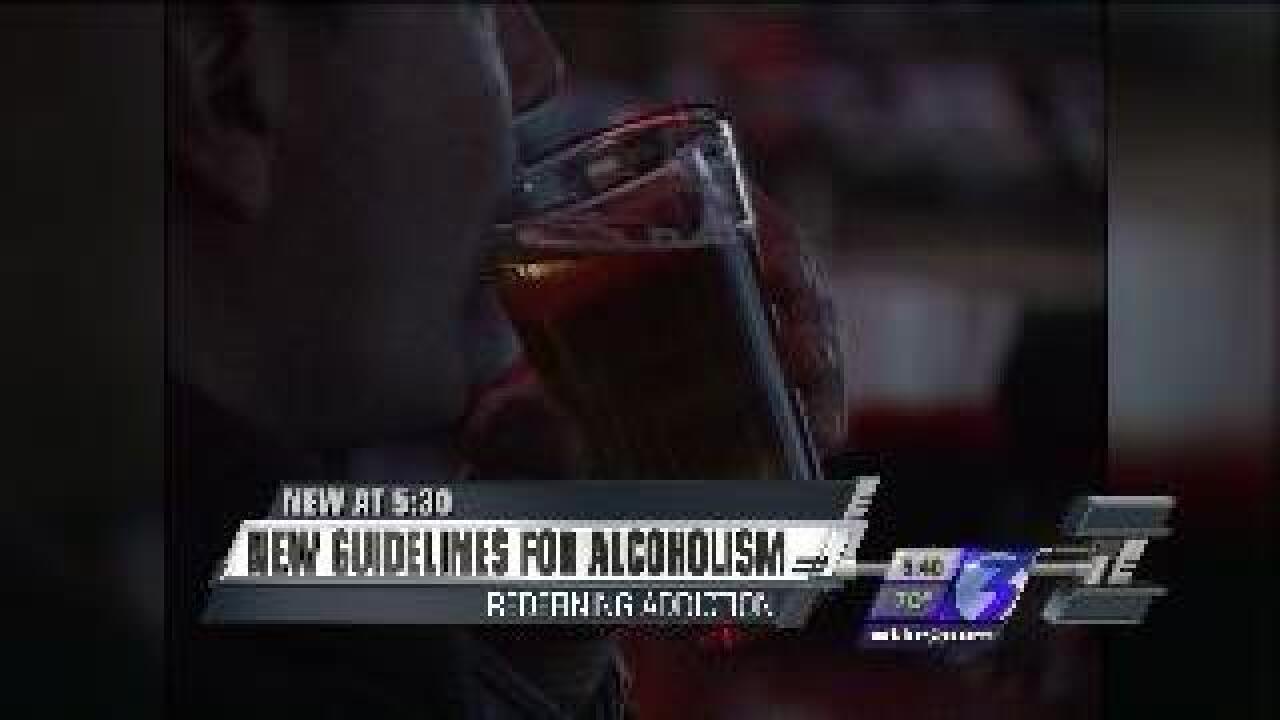 Twenty million more Americans –including 40 percent of all college students— could be considered alcoholics by this time next year.

It’s not that more people are drinking, but rather a change in the definition of alcoholism.

Currently, drug and alcohol problems are categorized as substance abuse –a short term problem like binge drinking in college.

Then there's substance dependence – a long term problem like alcoholism.

The new guidelines would give only one diagnosis for addiction with varying degrees including mild, moderate or severe.

But opponents say it will artificially inflate the actual numbers.