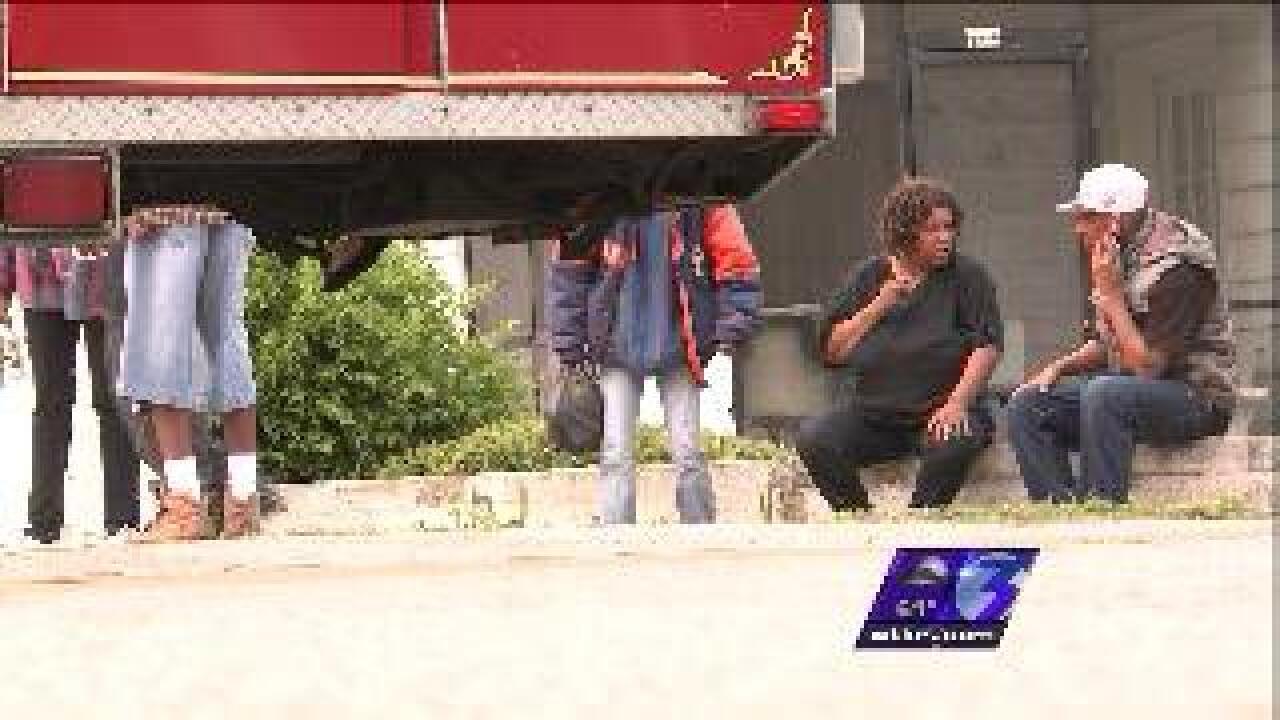 All she has are the clothes on her back and a bag with a couple pair of shoes.

An early evening fire burned though much of her apartment on Pembroke Avenue in Hampton.

"I couldn't believe all this was happening. all the smoke coming out and I was trying to figure out where it was coming from," Harris said.

By 6:30 p.m. Thursday evening it was out, and firefighters packed up their gear.

While they're prepared for what's next, Belinda Harris isn't.

"That's the biggest thing on my mind right now, where I'm going to lay my head at. Cause I don't want to go outdoors," Harris said.

Harris' apartment was supposed to be a fresh start.

She lost her job when Fort Monroe closed.

Unemployment checks and a part-time job have kept her going.

This apartment was all she could afford.

"Cause it's hard to find someplace to live with my income," Harris said. "I don't want to be homeless again. I've been there."

Harris' eyes weigh heavy as they blankly stare into an uncertain future.

She worked to make her life better, and an accidental fire in the room below her apartment changed that.

The Red Cross will fill the immediate need, a food voucher to make sure she's fed.

It's what's next that has her worried.

Clinging to what little she has, has left her humble.

"Just as long as I got my life I'm satisfied. I thank the lord for that," Harris said.