Virginia a battleground state in the race to the White House 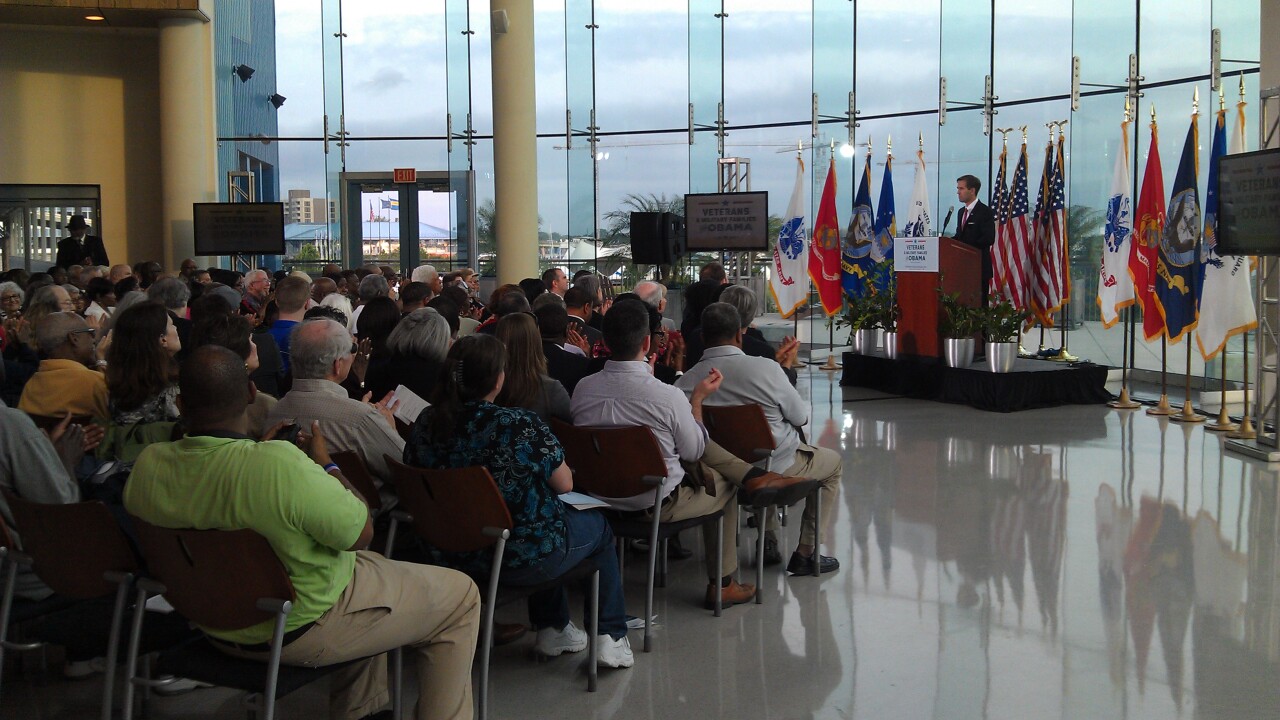 The Vice President’s son was in town launching a new campaign aimed at getting veterans to support President Obama, but a former Navy SEAL says it’s not the right choice.

A group of veterans cheer on the Beau Biden as he climbs the podium at Norfolk’s Half Moone Cruise and Convention Center.

He is here to launch a group called Veterans and Military Families for Obama.

“This is one of the heart and soul military communities in America.”

As a Major in the Delaware Army National Guard, he wanted to share his support for Barack Obama’s re-election with local veterans

While the chairs filled up at this event, a former Navy SEAL just outside wanted to represent other community veterans.

“As a veteran and amongst the majority of veterans we feel that the Obama policies have failed to help veterans.  We feel it’s harder for a veteran to get a job now. We think they`re healthcare and premiums are going to rise substantially and we also feel like Governor Romney will do a better job for them.”