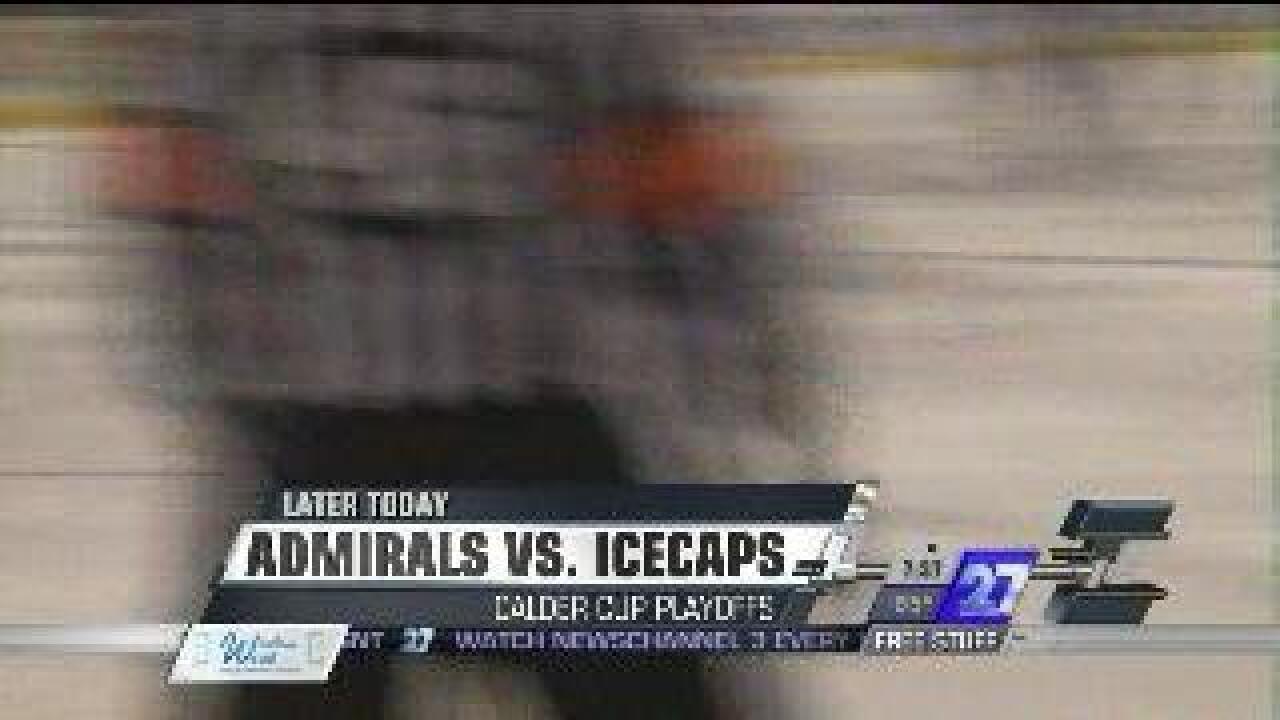 Later today - the Norfolk Admirals will be looking for a game three win against the Saint John's IceCaps.

The Admirals lead the Eastern Conference finals of the Calder Cup Playoffs two games to none.

The video above is from Saturday's win in Norfolk.

If you want to catch the game - "Big Woody's Bar and Grill" is hosting a watch party starting at 4 p.m. That's in Chesapeake.

Game four will be Tuesday night, also in Canada.