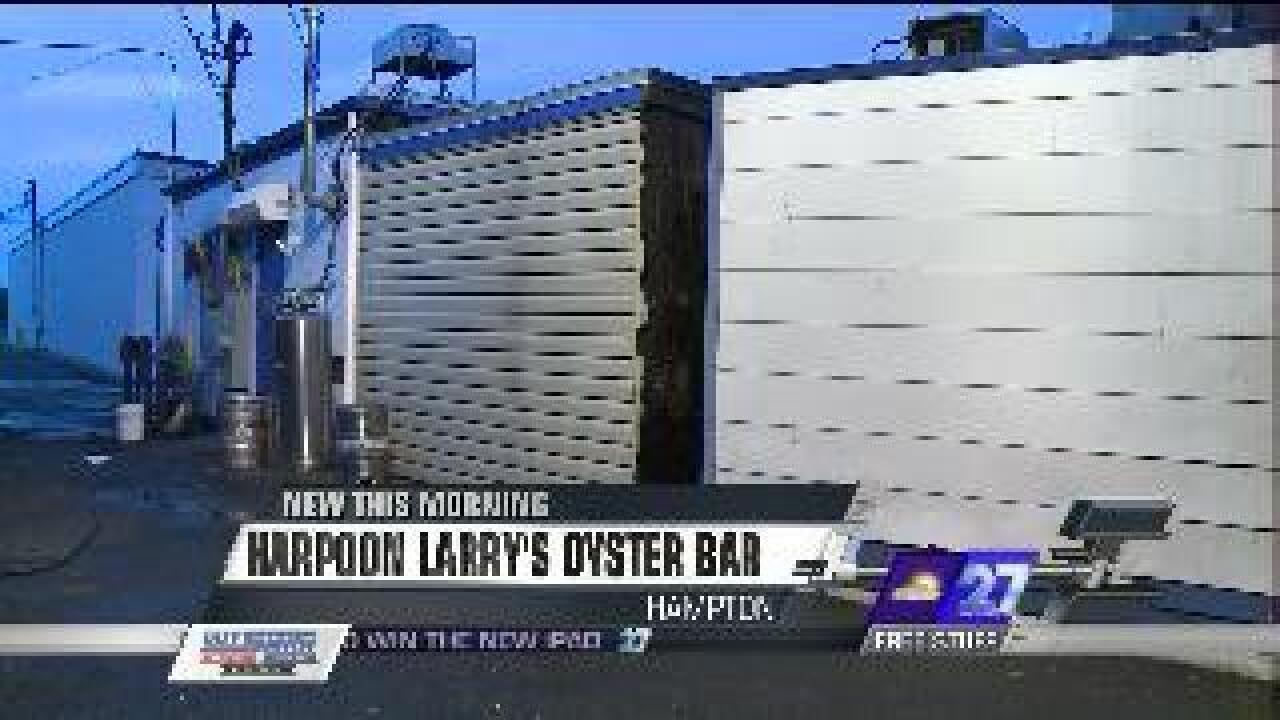 A passing police officer spotted a fire at a Hampton restaurant.  That officer was driving past Harpoon Larry's Oyster Bar, at North Armistead Ave. & West Mercury Blvd. around 4:00am when they noticed flames at the back of the building, and called the fire department.

It took firefighters less than ten minutes to put out the fire in an outdoor, walk-in refrigerator behind the restaurant.  The fire did not damage the restaurant itself.

No one was hurt.  There's no word yet on what caused the fire.