How many votes did Hampton Roads delegates miss? 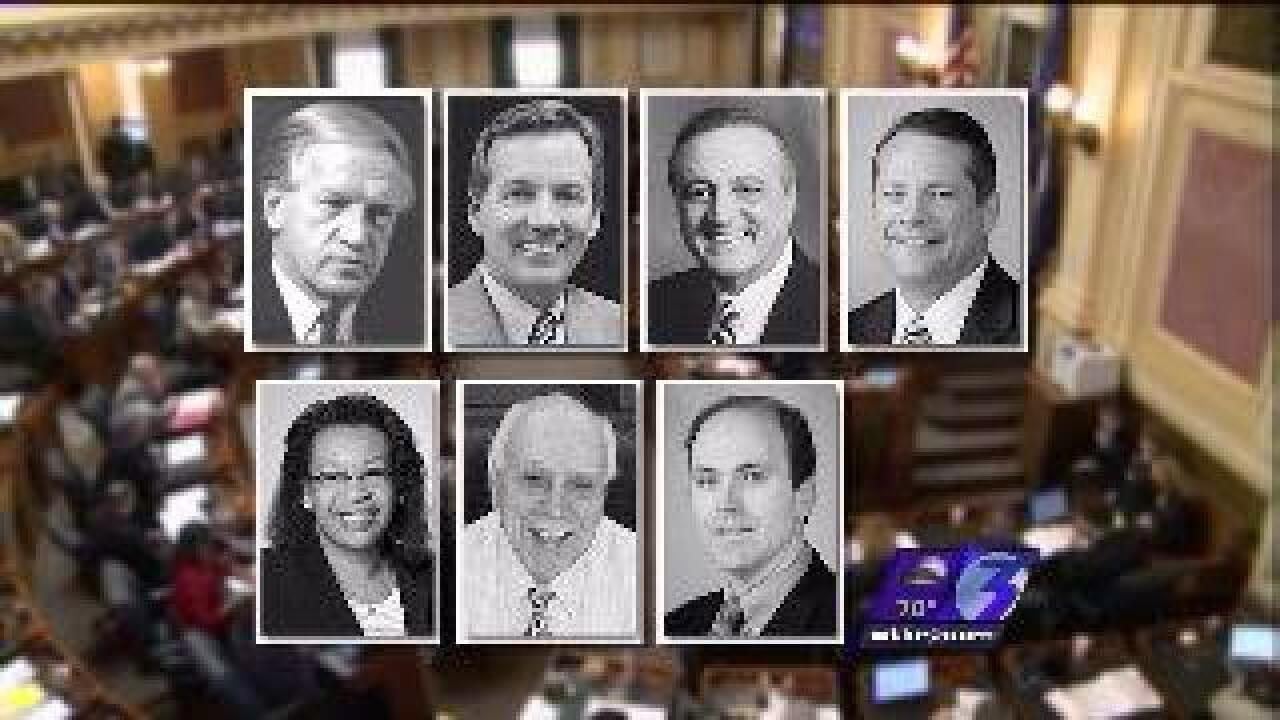 With a historic vote on the line to approve or reject a gay prosecutor for a Richmond judgeship, several delegates, including some you hired in Hampton Roads, instead went home. That means the record does not show if they supported the gay prosecutor or if they rejected him. There's no record these delegates took a stand either way.

And it turns out many of those very same delegates missed quite a few other votes this year.

Rick Morris of Carrollton didn`t answer calls or emails. We went to his office, where he said he didn`t cast a vote because he thought not voting in this case was the same as a 'No' vote.

The assistants for Bob Purkey and Johnny Joannou said they just went home early that day, but the delegates themselves would not talk about it. Then there is Roslyn Tyler of Jarratt, David Yancey of Newport News, and Bob Tata of Virginia Beach. All of them ignored all of our calls and emails.

Chris Jones of Suffolk didn`t return our calls either. But another NewsChannel 3 reporter ran into him later.

Like some of his colleagues, Del. Jones said it got late and he had to leave.

“I had been on the floor all day, about six hours up and down all day, and I had to be at work at 6:30 the next morning to open up the store. I stayed until 11 o`clock and I had to get home and get some rest,” he says.

In this group, Jones is the exception. He hasn't missed many votes at all. But others did. Keep in mind, this is what you pay them to do.

Rick Morris, a first-year delegate, said there was no way he missed 131 votes this session, that our records were wrong. Remember, he wouldn`t say this on camera, and it turns out, our records were right. He first said he did miss one day, and later called to say he was actually absent two full days.

Keep in mind, there is a lot of button-pushing every year. Delegates are bound to miss some votes. Among our local delegates, the average number of misses is 61.

But Roslyn Tyler and David Yancey, each missed 110 and would not explain why. Tyler's staff sent an email saying she'd call, but never did. Yancey never responded.

Johnny Joannou of Portsmouth missed 94 votes. We asked to speak with him in person, but he didn't respond. We went to see him at his law office where his staff said he was at lunch. We waited outside for hours. We never saw him and he never called back.

Virginia Beach's Bob Tata also missed the vote on the judge and declined to say why. But he's missed only 16 other votes this year.

So of our seven local delegates, three admitted they went home early, one said he misunderstood the voting process, and the other three, who knows. They didn't want to talk about it.

Yes, being a member of the General Assembly is a part-time job and most have other jobs, too. But they do get elected and do get paid. And for you, the hard-working people who are paying them, you have to decide if you're getting your money`s worth.

So now to the people who are mad at us for reporting on this story starting with Delegate David Yancey.

He ignored my numerous phone calls and emails.

Then tonight at around 7 o`clock, a Yancey aide called to complain about the story before it even aired. Then he sent a statement: “Delegate Yancey submitted a vote on each bill in the General Assembly session. On some rare days, the Delegate was ill, and he submitted his votes upon his return to good health.”

The records we checked didn`t reflect that. We are researching his claims.

Also, on Delegate Yancey`s missed vote on whether to appoint a gay prosecutor to the bench, the aide said Yancey went home early.

Then there`s Senator Louise Lucas of Portsmouth. She was not going to be in this story because we focused on the House. But because her not-voting count was high, we asked her about it, and she got angry, saying all of the records were wrong. What happened next means she now has to be in this story.

Sen. Louise Lucas disputed Richmond Sunlight's records showing she'd missed more votes than any other local senator. But the records, taken directly from the General Assembly, show there are 163 bills this year where Lucas is listed as "not voting."

Lucas said, “impossible.” She never missed a day at the General Assembly. She even called the Senate clerk's office and put a staff member on the phone with us who confirmed Lucas was absent at least one day, Feb. 1, a day Lucas is listed as missing more than 80 votes. Lucas said she forgot about that, that she came home to Portsmouth to fight the Midtown Tunnel tolls.

The Senate Clerk did not dispute the records. She said that if Lucas was absent on a day where there were a lot of block votes, the records will show a high number of times she didn't vote. Bottom line, there are 163 bills this year where, if you look them up, Lucas will be listed as not voting. She said she would never speak with NewsChannel 3 again.

How did your local representatives vote? Click the link below to find out.

Voting roll call from the House of Delegates

Contact your local representative and let them know what you think.

"Delegate Yancey submitted a vote on each bill in the General Assembly session. On some rare days, the Delegate was ill, and he submitted his votes upon his return to good health."

This chart shows the names of local representatives, ranked in descending order of votes missed (committee and floor) in the 2012 Regular Session of the Virginia General Assembly. The voting records are compiled by a political watchdog web site, www.richmondsunlight.com, gathered from General Assembly records. The data was downloaded and sorted by NewsChannel 3. The chart shows whether the representative is in the House or Senate and a Democrat or Republican, and lastly, the number of times each politician recorded a missed vote in this year’s regular session.

The top two in the chart, Del. Algie Howell (D-Norfolk) and Sen. L. Louise Lucas (D-Portsmouth) were each given a chance to explain the missed votes recorded under their names. Howell did not. Lucas insisted she did not miss that many votes because she did not miss a single day in the General Assembly. Lucas then called a staff member in the Senate clerk’s office and put the conversation on speakerphone with NewsChannel 3. The staff member said Lucas took at least one day off, Feb. 1, where she is listed as missing 86 votes. Lucas said she did not recall that she missed that day. Records show if a senator or delegate misses a day in session, he or she could be credited with dozens of missed votes.

Lucas also said she waited three days to dispute the vote tallies – waiting until hours before the story aired -- because she was busy with her work and with her golf tournament.

Lucas insisted we call the Senate clerk’s office directly. We did. However no one called back to correct or explain the voting record. The senator said she would never talk to NewsChannel 3 again.

Del. David Yancey ignored repeated phone calls and emails, but tonight, after our story was done and set to air, an aid called to dispute the numbers. He said Yancey did miss two days and was listed as not voting 110 times. But he says the delegate went back to the clerk and cast his votes after the fact. To confirm that, we would have to look up all 110 bill individually, and we couldn’t do that tonight.

He also said the delegate did not cast a vote on the judgeship nomination because the session ran late and he went home.

The House of Delegates members who are highlighted also missed the vote to confirm or reject openly gay prosecutor Tracy Thorne-Begland to a judgeship.