Wounded Warriors “Jump for a Purpose” in Suffolk 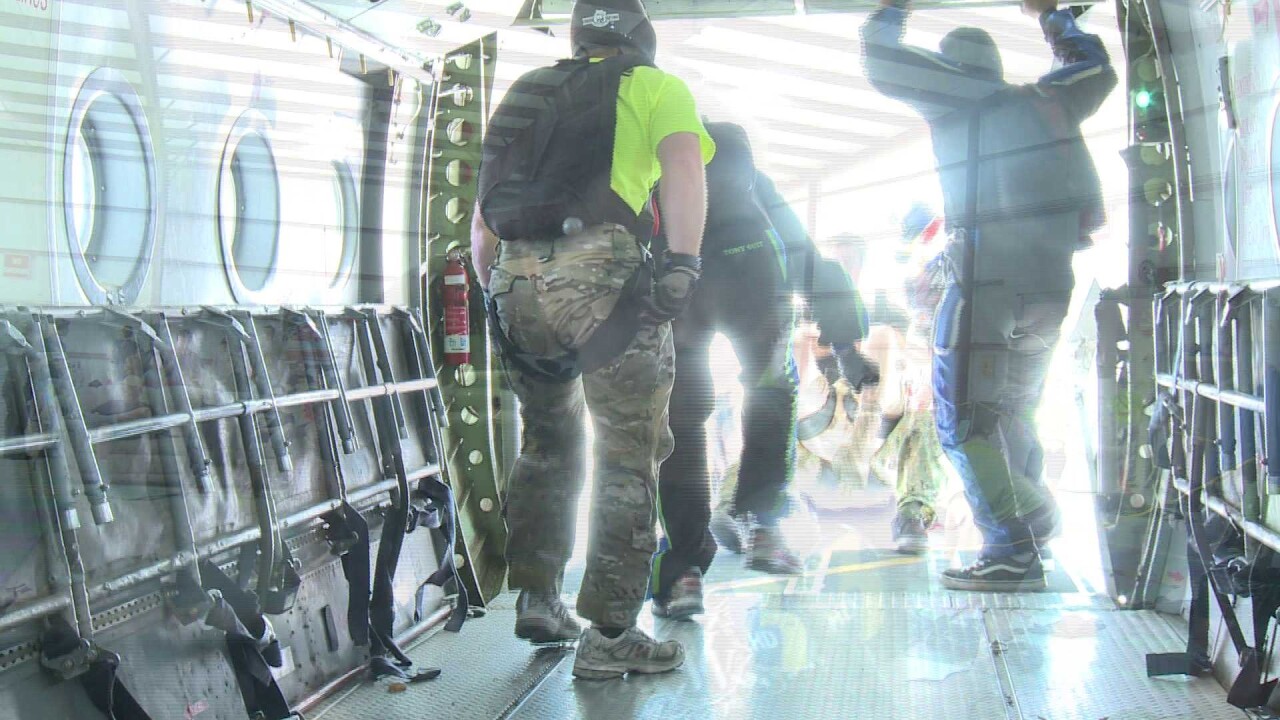 Over the weekend, people were "jumping for a purpose" in Suffolk - skydiving to raise money and awareness for wounded warriors, like Tyler Southern.

"I was on a foot patrol on May 5, 2010, stepped on 10 pounds of homemade explosives with what used to be my right foot," said Southern.

After Southern was wounded in Afghanistan he used humor to cope.

"Physically was the hard part, mentally it was just, I attack everything with jokes, I just kind of hit it, we have shirts made, I had a blast in Afghanistan, if you keep staring they may grow back," said Southern.

It's allowed him to keep living life to the fullest--something he's doing this weekend as one of 50 wounded warriors skydiving during "Jumping for a Purpose" an annual event hosted by Troopswap and Wounded Wear.

The free fall gives them a chance to forget about their wounds and to remind people of the sacrifices our veterans have made and why.

It's also a reminder of what truly matters.

"If this gave me anything it would be the ability to let the things that truly don't matter slide, like just there's a silver lining in everything," said Southern, "all the good that happened after this definitely outweighed what happened. I've got to put my legs on in the morning that's the only difference."

NewsChannel 3`s Bianca Martinez was at Saturday's event. She put her fears aside to actually jump with the Wounded Warriors.

"Once we get up there the nerves will really set in, but at a time when you're sitting there with a wonderful opportunity, it's time to go, then you go, and of course if a lot of these wounded warriors can go up there and do it then I should be able to do it as well."

All of the money raised goes to Wounded Wear, a non-profit based in Hampton Roads which provides free clothing and clothing modifications to wounded warriors.
Their goal this year is to raise $25,000.