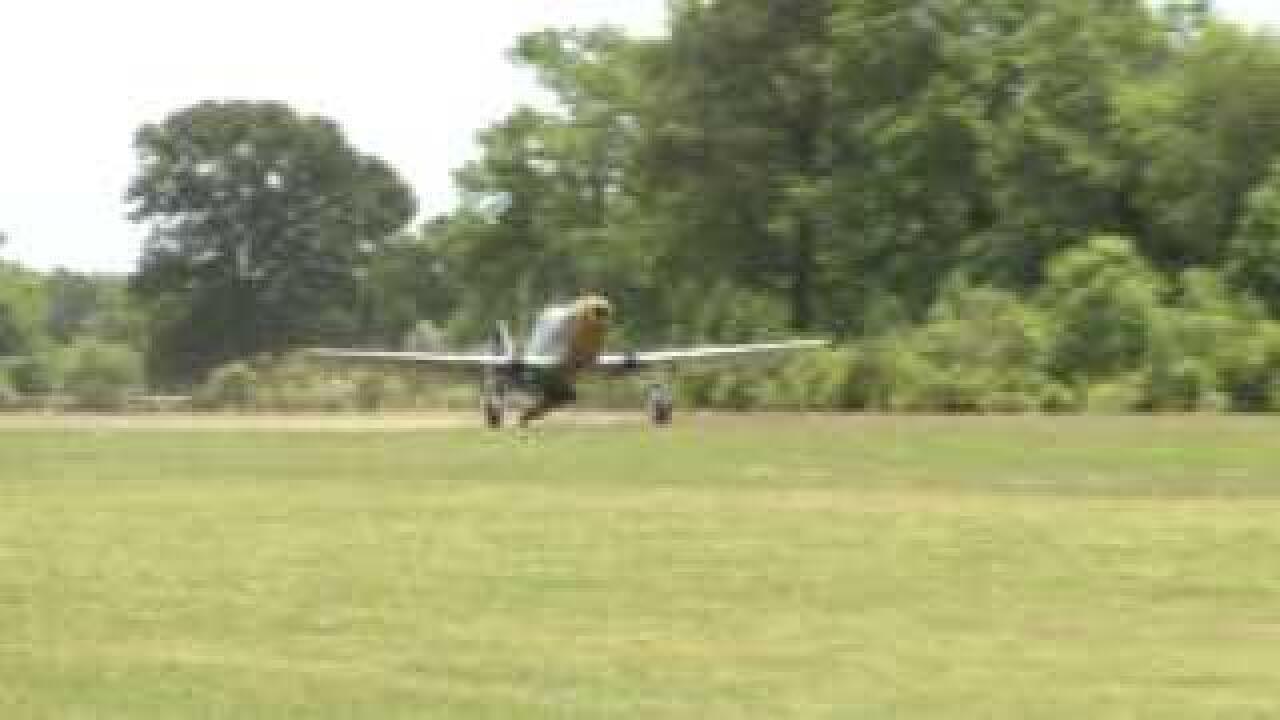 There were over 55,000 young men died who flying with the 8th Air Force in England that flew those B-17s, the B-24s, and the accompanying fighter squadrons. So many young men just never made it home.

One by one, the fighter planes sputtered to life, and rolled onto the rutted grassy runway. There was once a time when Wildcats and Corsairs rumbled above Tidewater like the jets do now. And back then, military aviation was a dicey assignment. Air forces clashed over sea and air, in-close fighting that claimed thousands of pilots and crew members. Squadrons often returned decimated.

For many veterans, honoring that history means keeping it alive, and flying.

“I couldn`t think of a better place to honor our fallen comrades. Many of the people you saw flying these airplanes overhead never made it home,” says Retired Army Colonel Warren Curd.

Retired Army Colonel Warren Curd is one of dozens of veterans who volunteers at the Military Aviation Museum in Pungo, to honor the air crews who never returned, and to honor the history they created. Today, three vintage World War II airplanes, including this Wildcat that was stationed in Pungo in the 1940s, all lifted into the air just after 12:30. The mission was simple - a ceremonial fly-over at the Virginia Beach Memorial Day ceremony.

While those at 19th Street caught just a glimpse, others at the hangar saw a lot more. And some heard the stories from the men who lived the history. And sometimes visitors come to learn about their own family histories, to see first-hand the fighters and bombers that carried their relatives into battle.