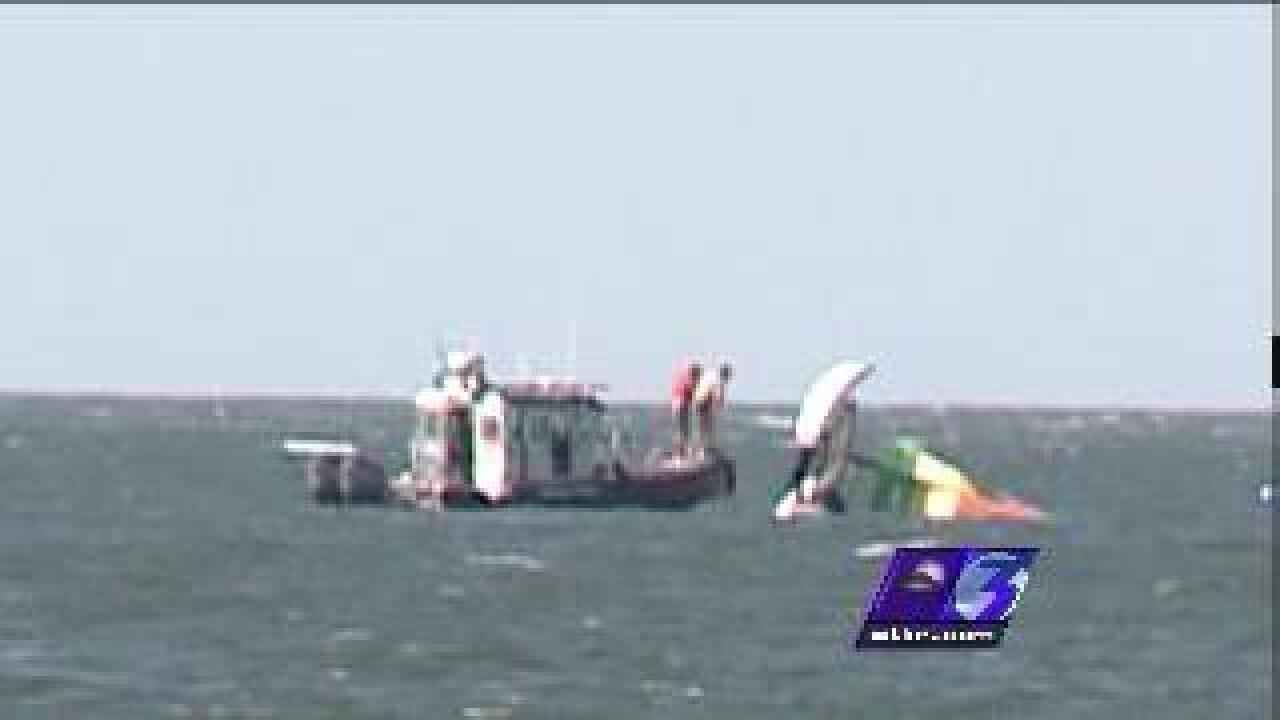 Andrew Kampe and Becky Park walked back to their catamarant after having to be rescued from it when it capsized in the Chesapeake Bay Tuesday afternoon.

"He was like 'hold on. We're going under, and then we were under the water before I even knew it," Park said.

The water was very calm when they went out, they didn't think they'd have any trouble.

But sporadic gusts of wind is what gave them trouble.

"The wind had gone 180 on us; it was going one direction and turned completely the other direction. That's when we weren't able to handle our boat," Park said.

"It was like an overwhelming kind of like second where we just kind of went under water and it's like 'oh my goodness.' I just need to get back up and that was the only thing that was on my mind."

They didn't have time to think, only react.

"We might be heading out to the sea depending on which way the current was going," said Kampe.

They tried to flip the boat over on their own, but the sail was under water and it was too heavy to push back upright.

Fortunately, someone on the beach called 911 and a police boat got there within 10 minutes.

"Once we calmed down, we were just trying to bring it back over, but we weren't able to without the help of the police department," said Kampe.

The police got them out of the water and flipped their boat over. Soon it was towed down the beach at First Bay View.