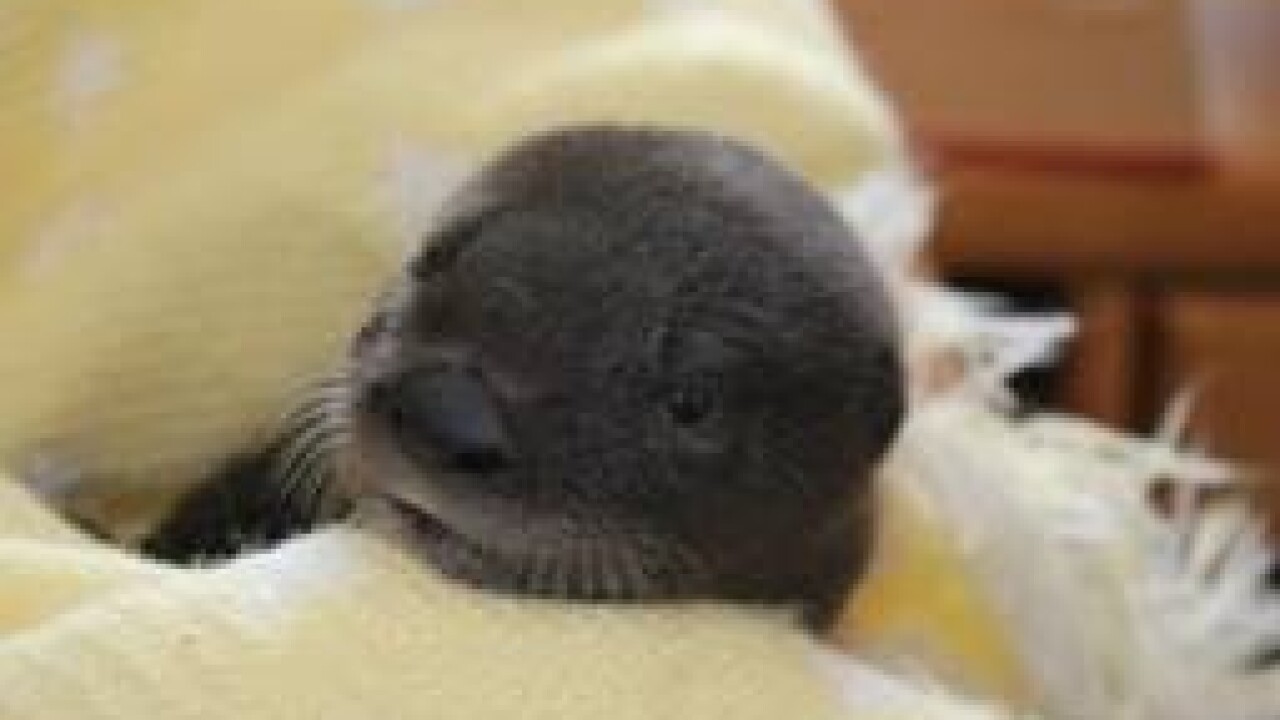 You can help name the Virginia Aquarium's new otter!

He's a male baby otter who was found alone near St. George, S.C., apparently abandoned by its mother.

A veterinarian called a wildlife rehabilitator from Keepers of the Wild who has been taking care of him until the “adoption” with the Virginia Aquarium was confirmed. Because the animal was so young when found and then dependent upon human care, he was deemed not releasable.

The otter is now getting adjusted to his new family of caretakers and they say he is alert, curious, playful, and sleeping through the night.

He likes cuddling with his blanket and chewing on his toys, and getting wet in his small pool. The baby otter is getting adjusted to “nursery school” as his caretakers have already begun training sessions with him. Once he consistently responds to the command of returning to the caretakers, he will be able to explore the “big boy” otter exhibit, first alone, and then later with his new friends, resident otters Tippy and Homer.