Sex offender claims to be Navy SEAL with psychic abilities 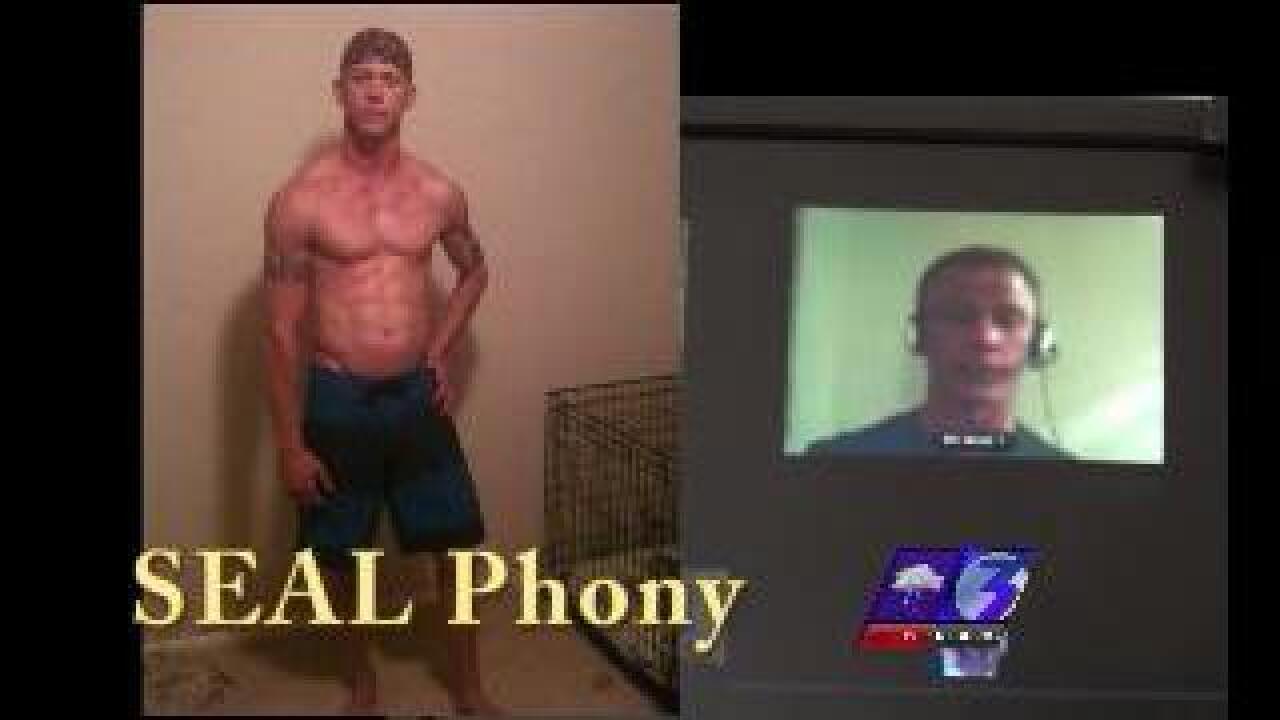 Bill Brockbrader claims to be a former member of Navy SEAL Team 9, a group of commandos with psychic abilities. If you've never heard of SEAL Team 9, there is a reason. And on dozens of web chats, blogs and Internet radio shows, he explains it all.

If you do all of your research, you find out Seal Team 9 doesn't exist.

He says he was trained, in secret, alongside an actual Navy SEAL class, with all his records either classified or destroyed by the government.

Related:
Special Report: Is he really a SEAL?
How to spot a phony SEAL

But it's not classified. There are no secret SEALS. The names of every man who graduated SEAL training is a public record, and the Navy Special Warfare confirms Brockbrader's name was never on that list.

Brockbrader, who also goes by the name Bill Wood, says he got into trouble with the Navy for intentionally diverting a Tomahawk missile that was going to blow up Iraqi children. But federal records show the actual trouble was for having sex with a girl. U.S. Marshals jailed him this month because he moved to Idaho and never registered as a sex offender.

To local retired Navy SEAL Don Shipley, he's been such a menace that the Senior Chief filed a lawsuit against Brockbrader. Shipley claims Brockbrader defamed him in online comments, and has tarnished the reputations of real SEALS. Shipley also turned to the Internet to debunk Brockbrader's claims.

But despite the criminal convictions, Brockbrader has many supporters online who believe his stories of secret SEAL teams and psychic abilities. They believe his claims that all of this is persecution for whistleblowing, for revealing SEAL Team 9, for challenging the government's wars. One supporter used his Internet radio show to channel the Archangel Michael to vouch for Brockbrader.

Both Shipley's database of Navy SEAL graduates, and the Navy's list of every man who even started SEAL training, show Brockbrader was never a part of that service. But government records do show he is a sex offender who will now face a federal trial in Idaho.