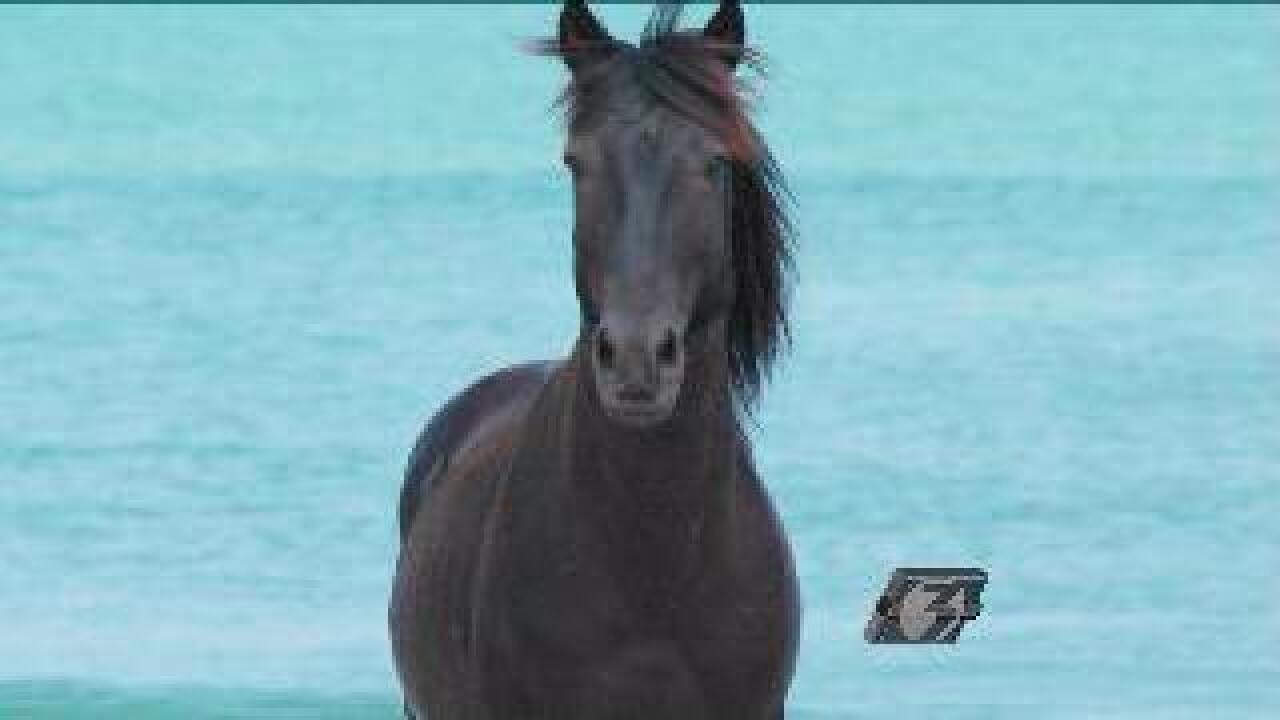 For the past week, a few horses in Corolla have been without their stallion, “Two Socks.”

He was hit and killed by a driver on the beach Sunday evening.

He was walking along the shoreline when he was hit. Now his mares are looking for their protector.

Karen McCalpin, Executive Director of the Corolla Wild Horse Fund, was called to the accident that night.

She says he tried to hold on, but his injuries were too severe.

McCalpin adds, “It was pretty gruesome, his front leg was snapped in half; the only thing holding it on was his skin.”

The very next day, McCalpin says she found his mares standing on the very spot where he was killed.

She says,” They didn’t have a chance to lick him and say goodbye so that’s why they are still there.”

McCalpin says his death highlights how valuable these horses are to the community of Corolla.

“These horses are on the critically endangered nearly extinct list. And so everyone loses a piece of history that isn’t going to be replaced,” said McCalpin.

Now, as his mares try to adjust being without Two Socks, McCalpin says she’s hopeful drivers will slow down when driving along the beaches of North Carolina to prevent this tragedy from happening again.

So far, State Police have not charged the driver.