Churchland High: No one was watching cameras during alleged rape of student 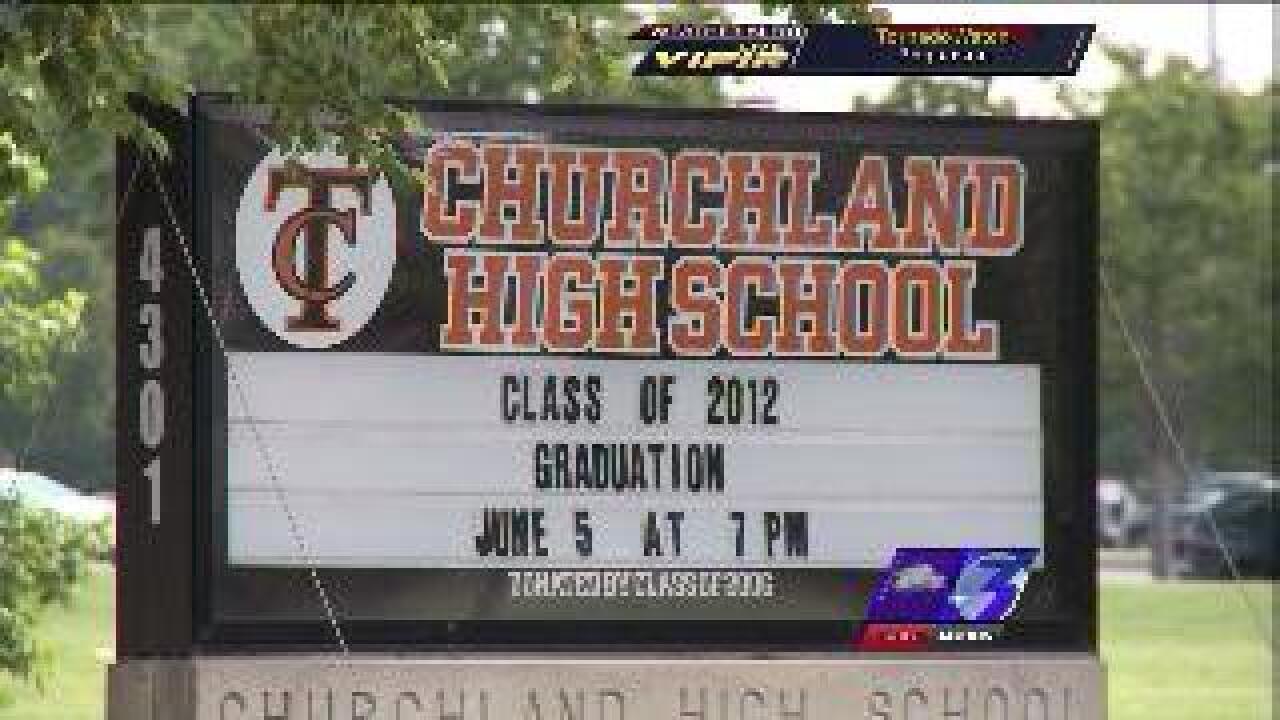 No one knows how it could have happened--a 15-year-old girl, who says she was raped by her 16-year-old ex-boyfriend on Wednesday in a second story stairwell landing at Churchland High in Portsmouth, during school hours.

“I would never think that something like that would happen in a high school,” said a Churchland parent.

“If they have cameras, this should never have happened. Someone should have been monitoring cameras at all times,” said the Churchland parent.

School officials tell us four administrators rotate throughout the school day watching the live streaming surveillance video from around the school, but they say it’s impossible to keep eyes on it all the time.

They say the rape happened during a class change while students were on the way to lunch, and at that moment, all school officials were in the hallways or in the cafeteria, missing the televised rape that was happening live in a stairway they obviously were not patrolling.

“That’s something the school needs to work on because if people can’t feel safe in school, that’s not cool,” said Rosalind Perry, a former Churchland student.

Students say the school also failed when it came to alerting them about the incident.

Normally, they say the school is good about sending out phone alerts about situations, but not for this reported rape.

The incident happened on Wednesday and the teen was arrested around noon on Thursday, but parents and students tell NewsChannel 3 they didn't find out until the news hit Twitter, posted by the Portsmouth Police Department three hours after the boy went to jail.

“They should have made parents aware of what had occurred,” said the Churchland parent.

We searched the Portsmouth City Schools policy handbook online, but couldn't find any information about what schools should do in these cases.

After several un-returned calls and emails to the superintendent's office, we decided to show up in person, but were told the superintendent and the public information officer were all out of the office at a conference, and would not be commenting, because it is a police matter.

NewsChannel 3 will continue to take action and press the Portsmouth City Schools until we get answers.

According to Portsmouth Police, there have been just three reported student-on-student rapes during school hours since 2006.