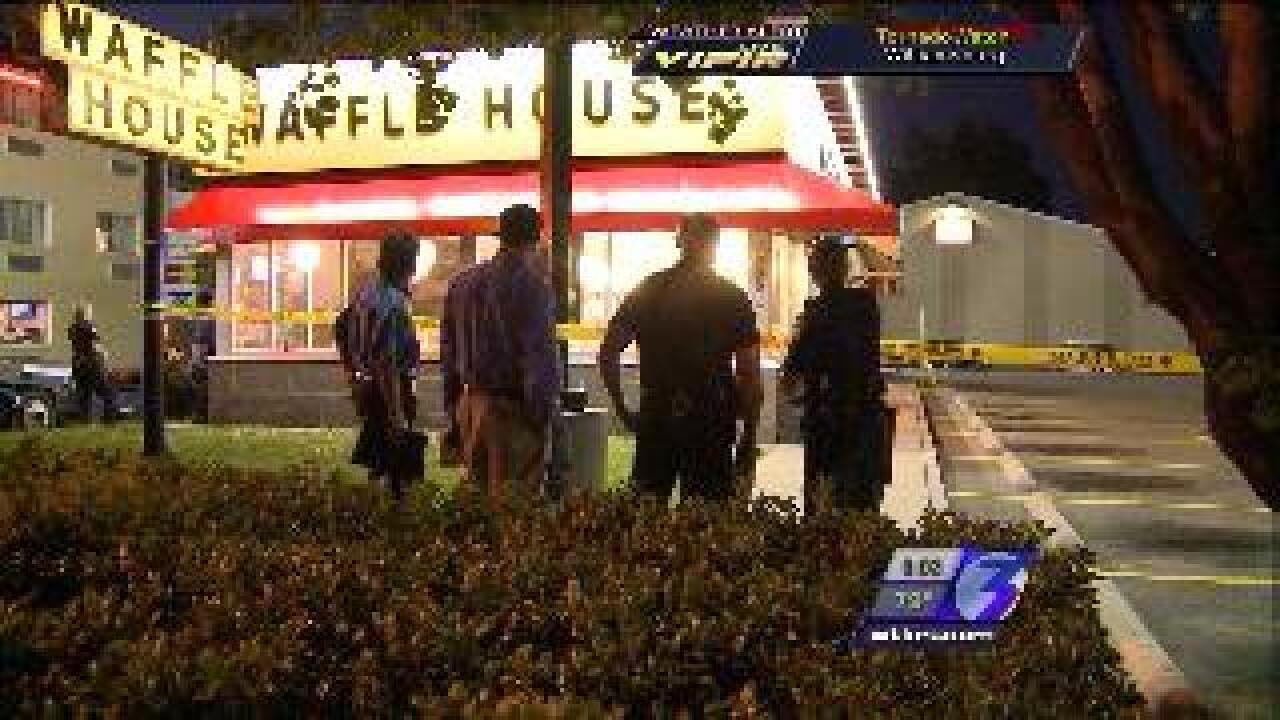 Virginia Beach police are investigating a deadly stabbing at the Waffle House on Northampton Boulevard.

Friends say the victim is a good guy and a father of two.

"It still hurts that someone who did no wrong to nobody is gone," says Justin Moran, a friend of the stabbing victim.

Just after 3 o'clock Friday morning, police say a 911 caller reported a fight in the parking lot.

When first responding officers got there, they found a man lying near his car suffering from a stab wound

Police say those officers used first aid on him until paramedics arrived and took the victim to Sentara Norfolk General Hospital.

Doctors couldn't do enough to save him and the man died.

Meanwhile, police quickly began searching for two men who, they say, took off running after the fight.

Justine Moran says he was a great friend and a loving father.

"He had two kids and that was all he ever talked about was his two kids all the time. He had two boys," says Justine.

Justine also says the stabbing victim is a former employee of the Waffle House location where police say he was stabbed, though Waffle House Corporate officials wouldn't confirm that.

If you have any information on the two suspects, take action against crime and call the Crime Line at 1-888-LOCK-U-UP.