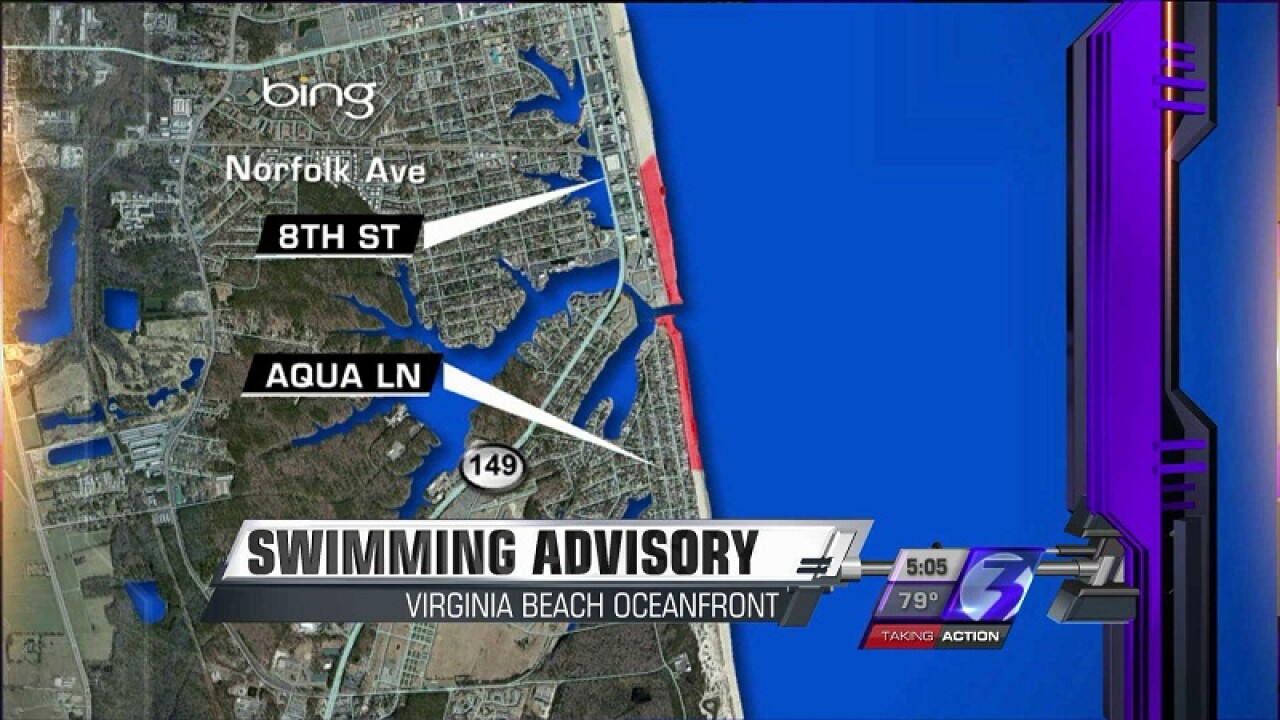 A swimming and wading advisory for the Virginia Beach Oceanfront between 8th Street and Aqua Lane has been lifted.

Earlier in the day, tourists NewsChannel 3 spoke with found the timing of the closure odd, considering work was being done nearby to prepare the outdoor stage at 5th Street for Friday night’s Miranda Lambert concert as part of the Patriotic Festival.

Tricia Shephard, visiting from West Virginia, said “We thought it was a little ploy yesterday to keep people off the beach because of all the congestion with Miranda Lambert here.”

Horne though insists weekly testing discovered the elevated levels of bacteria on Wednesday.

He says a combination of the testing happened as heavy rains from Beryl started falling plus a large flock of seagulls in the area are likely to blame.

“When you have the high rains, you have many contaminants that are on that beach flushing into the area where the tides are mixing it up,” Horne explained.

A beach closure in the resort area is fairly rare, Horne says.

Since testing began in 1976, beaches in the resort area have only been closed because of high bacteria 6 times.