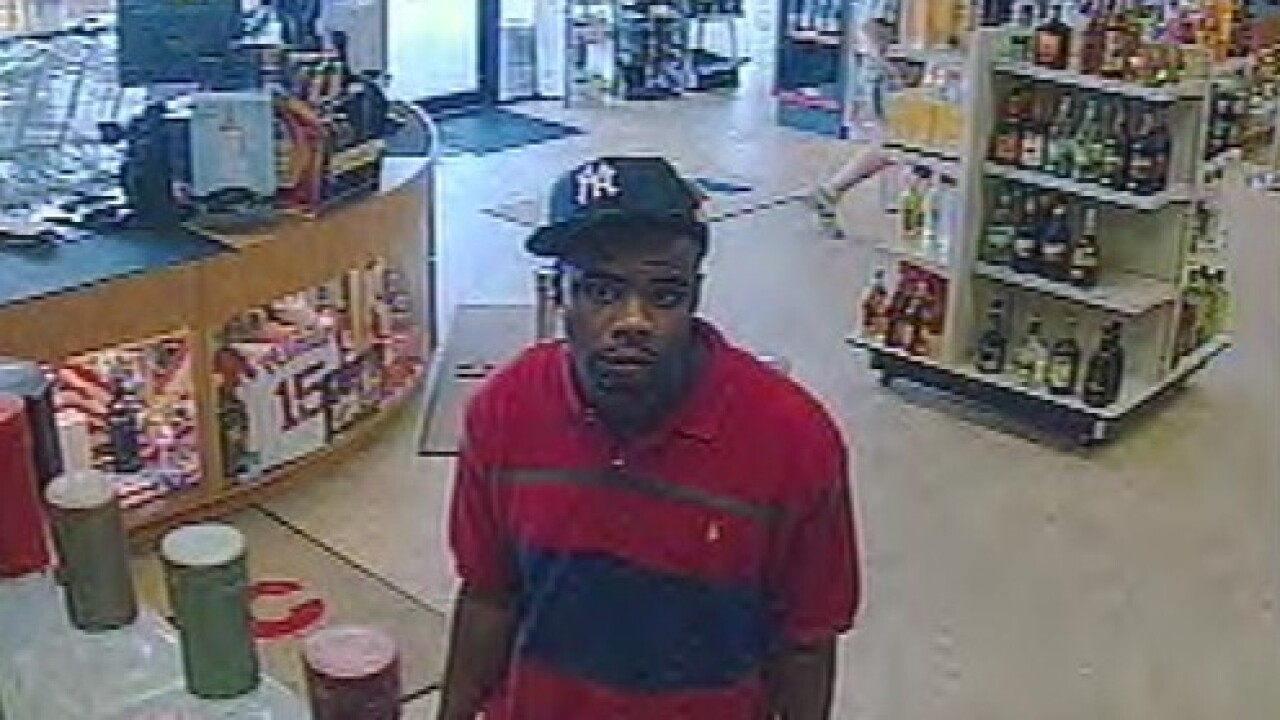 Police need your help to find suspects who they say took two bottles of alcohol without paying from the ABC Store located at 3333 Virginia Beach Boulevard.

They say the alleged theft occurred on Saturday at 1:30 p.m.

One suspect is described as a black male, between the ages of 24 to 26 and he was wearing a red shirt with a large blue stripe, blue jeans and a blue New York Yankees hat.

The second suspect is also a black male, 24 to 26 years of age and wearing a black T-shirt with the letter “L” in a circle and the numbers “47” in the upper right side of the shirt.

If you have information that could help police identify the suspects, call the Crime Line at 1-888-LOCK-U-UP.