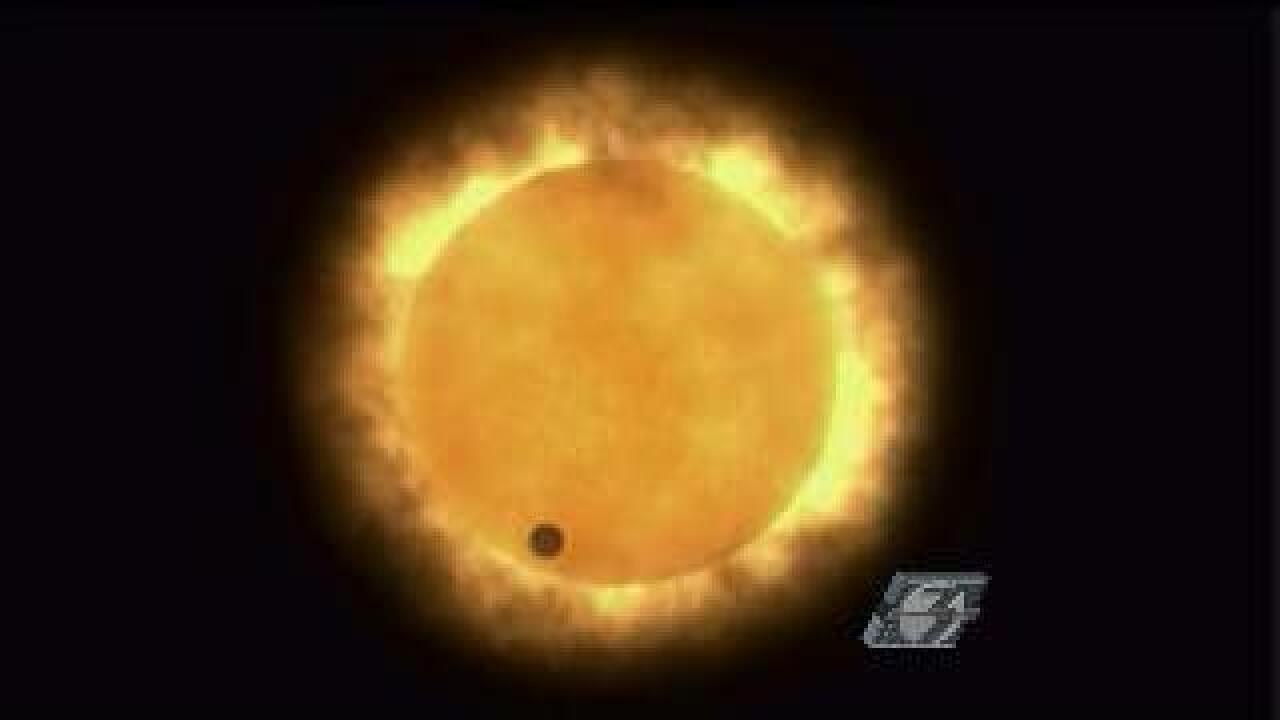 Venus will pass between the sun and earth and we'll be able to see the beginning of it here on the east coast at sunset.

This rare occurrence, known as the transit of Venus, has impacted astronomers throughout the centuries.

For astronomers, it's a twice-in-a-lifetime spectacle.

In the 1700's, the Transit ignited the "first" great space race: the quest for a yardstick of the heavens.

“In the 18th century, astronomers believed that they could use the transit of Venus to answer one of the most pressing questions of the age and that is the size of the Solar System,” says Wulf.

But they also knew their measurements would improve navigation, which was, of course, important for a trading empire or naval power.

Scientists decided that by measuring the timing and angles of Venus crossing the sun from various points on earth, that they could calculate the distance from earth to sun.

But this "triangulation" required dispatching hundreds of astronomers, from nearly a dozen nations, to far-flung corners of the globe.

They dragged cumbersome equipment to the Arctic Circle, the tip of Africa, India and Siberia.

Captain James Cook's first voyage to Tahiti was a mission to record the Transit.

In Philadelphia, inventor David Rittenhouse was obsessed with planning for the Transit.

His written recording of the 1769 Transit was a great success – except for a mysterious six minute gap.

“He's so excited that when Venus finally appears on the Sun, he faints, missing the beginning of the most important scientific moment of his life,” says Wulf.

Those 18th century measurements were, in fact, pretty close.

They projected the distance to the sun as between 92 and 97 million miles.

The actual distance, we now know, is 93 million miles.