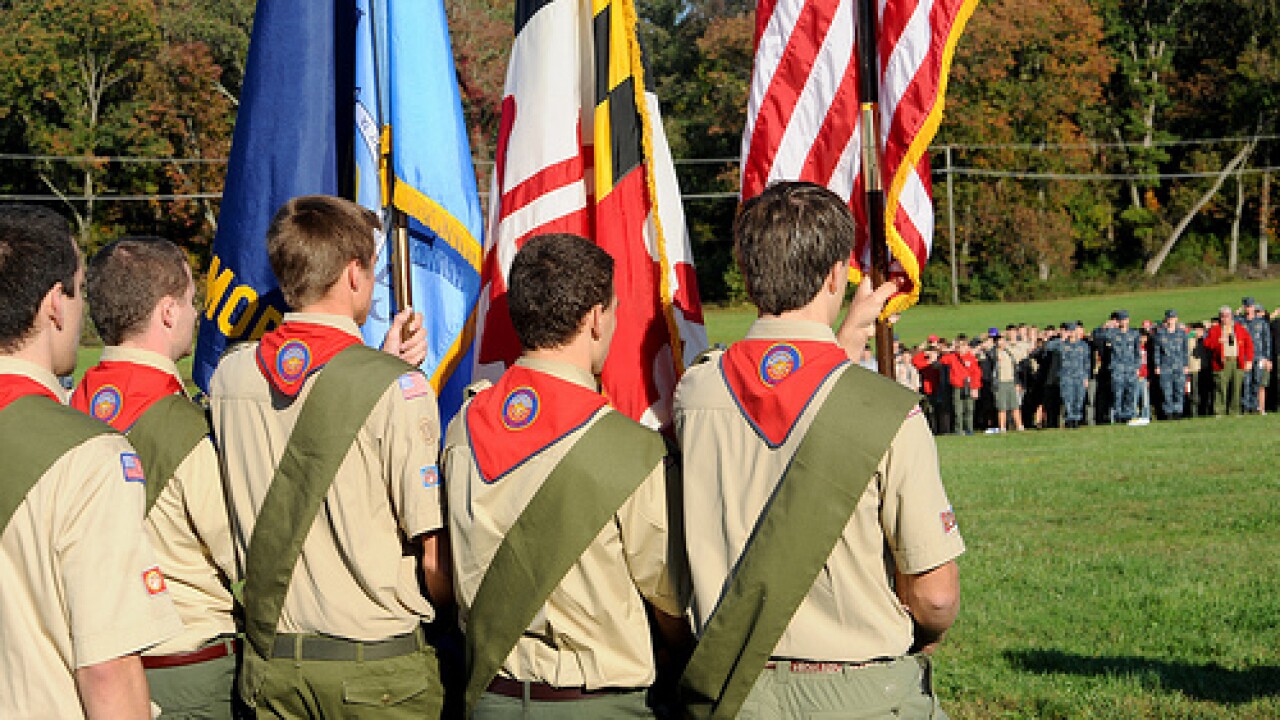 By: Doris Taylor
Posted at 10:02 PM, Jun 07, 2012
(CNN) — The Boy Scouts of America, indicating its ban on openly gay members will remain in effect, said it will consider a resolution asking that local units be allowed to determine their own standards.

An unidentified volunteer leader in the Northeast introduced the resolution. Members of a committee have until May 2013 to make a report or recommendation to the group’s National Executive Board, said Boy Scouts spokesman Deron Smith.

The debate over the Boy Scouts’ membership policy is not new. “Resolutions of this nature are not unique,” Smith said on Thursday.

But the issue is back in the headlines because of the resolution, a separate online petition and the formation of a group that wants Boy Scouts to end its “outdated” policy.

Jennifer Tyrrell’s case has been championed on Change.org, where the petition has garnered more than 290,000 signatures in support of the Boy Scouts reversing its position on gay leaders. The lesbian Tiger Cub den leader was dismissed by her local troop earlier this year.

“This isn’t about my sexuality; this isn’t about anybody’s sexuality,” Tyrrell said in April. “It’s about teaching children to be better adults, and we aren’t doing that by teaching them to hate or discriminate.”

Smith said Tyrrell understood the policy when she signed up.

Among those supporting Tyrrell is Eagle Scout Zach Wahls, now 20, who last month delivered Change.org signatures to the Boy Scouts of America at an Orlando, Florida, meeting.

Author of “My Two Moms: Lessons of Love, Strength, and What Makes a Family,” Wahls is co-founder of Scouts for Equality, which said it will lead a “respectful, honest” dialogue on the matter.

“When I was earning my Citizenship in the Community merit badge, I learned the importance of standing up for what you believe to be right,” he wrote on the group’s website.

“By embodying the values of the Scout Oath and Law, we believe we can restore the social relevancy of one of this country’s great cultural institutions: the Boy Scouts of America,” Scouts for Equality says.

Tyrrell, whose 7-year-old son was in scouting, told CNN’s Soledad O’Brien on Thursday that she is optimistic about the resolution.

“I think that America gets it, that we are ready for this change,” Tyrrell said. “And I think that the Boy Scouts …. along with President Obama, they’re evolving and, hopefully, eventually they’ll get there.”

“Forcing a group to accept certain members may impair the ability of the group to express those views, and only those views, that it intends to express,” then-Chief Justice William Rehnquist wrote at the time. He added that the decision was not meant to approve or condemn the Scouts’ membership policy.

The Boy Scouts on Thursday clarified its membership policy, saying the introduction of the resolution does not indicate the group is “reviewing a policy.” That would occur only if the executive board formally considers the issue, at the earliest next year. It said the Change.org petition is “completely unrelated” to the resolution.

“There are no plans to change this policy, Smith said.

Still, Smith said, “Any policy of the Boy Scouts can be changed.”

The Boy Scout organization, which celebrated its 100th birthday in 2010, says its main focus continues to be mentoring 2.8 million young men and helping them develop life skills.

“We do not have an agenda on this issue,” Smith said. “Our membership policy is not meant to be a blanket statement on a group of people or social commentary.”

Application forms do not ask information about sexual orientation, the spokesman said, adding that clergy and family are better venues for discussion. “This (scouting) is not the place to reconcile diverging viewpoints.”

Smith acknowledged that members of the Scouts’ 300 councils have varying opinions. “There has always been an open dialogue about this in scouting.”