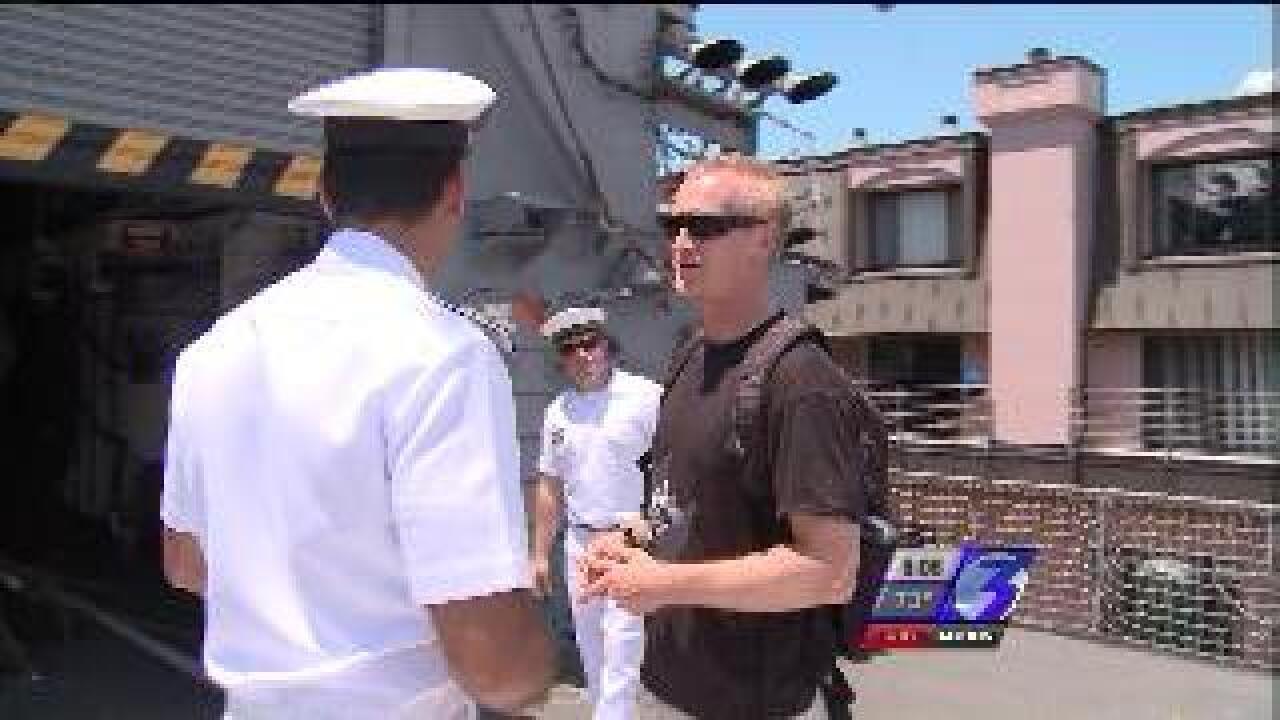 As part of OpSail festivities, Navy ships from around the world that are docked in Norfolk gave the public free tours of their ships.

As each visitor boarded a vessel, they were greeted by Sailors and the ship's translator.

One of them is Luciano Dasilva. He was born and raised in Brazil. He now lives in Hampton Roads stationed at the Norfolk Naval Shipyard.

He says being on board a Brazilian ship makes him feel like he's at home.

Some U.S. servicemembers took the tour with their families. Others traveled hundreds of miles to get this once-in-a-lifetime opportunity to tour a ship from another country.

Though most of the Sailors speak English, Dasilva is there in case he needs help.

He adds, "If someone wants to see this ship, they will feel very welcomed."