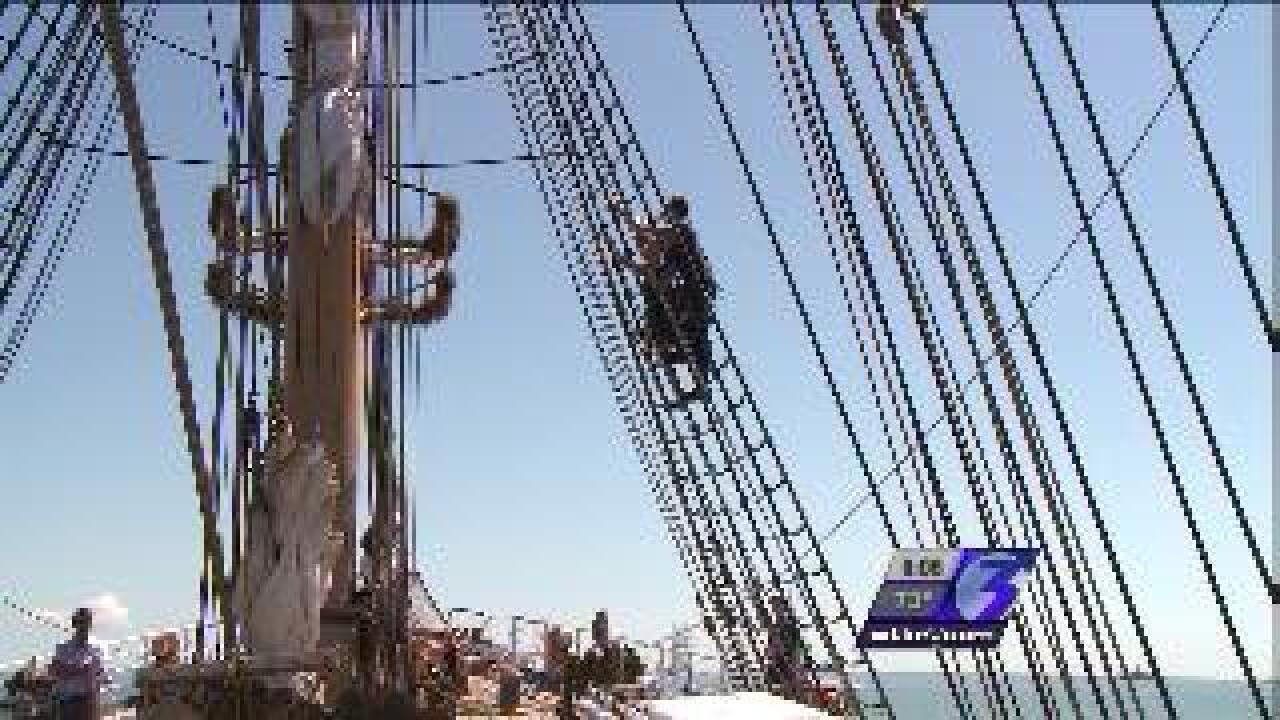 Anchored out at sea, she looks impressive, but as you get closer to the Coast Guard's Eagle, you notice her intricate details and the pure magnificence of the enormous ship.

The Eagle was built in 1936 by the Germans to train their navy for WWII.  When they lost, the United States took the ship as a war prize.

They've used it ever since to train new cadets in the Coast Guard.

NewsChannel 3’s Alize Proisy wanted to try some of the things cadets experience first-hand, so the Coast Guard suited her up and sent her up on one of the Eagle’s huge masts.

This weekend, the Eagle will join a fleet of international tall ships and parade to Norfolk for OpSail 2012.

And after she anchors tomorrow around noon, the Coast Guard will invite you aboard to see up-close the history the Eagle sails with every day.