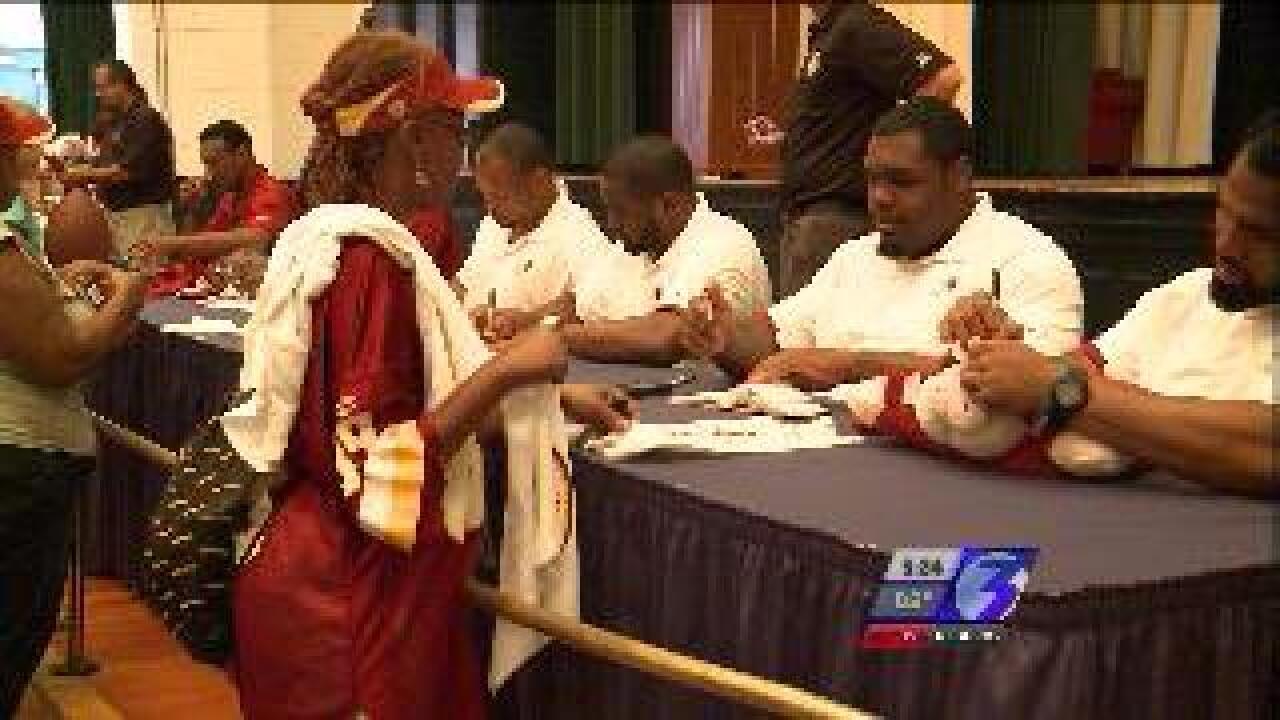 Freda Smith got in line early to make sure she'd be among the first to visit with her favorite players.

"I came out here to support my team. We need support, we came out here and we have been in line ever since 8:00 this morning!" Smith said.

The visit comes the same week as an announcement  by the team that summer training camp will move to Richmond in 2013.

Linebacker Lorenzo Alexander said "It will definitely be good to get away from Ashburn and go down to Richmond, touch some of the fans down South. Being in Northern Virginia, they rarely get to see us."

The players also took time to give thanks to the sailors on base Friday.

"Not only are they fans, but they serve and protect us," explained defensive tackle Doug Worthington. "

Fullback Darrel Young says he can relate to the challenges military families go through.

"My brother is in the military, so I definitely have an understanding of what these guys go through when they leave their families and stuff and I just want to give back any way I can," Young said.

Washington Redskins General Manager Bruce Allen and the cheerleaders were also on hand in addition to players who signed autographs for fans.