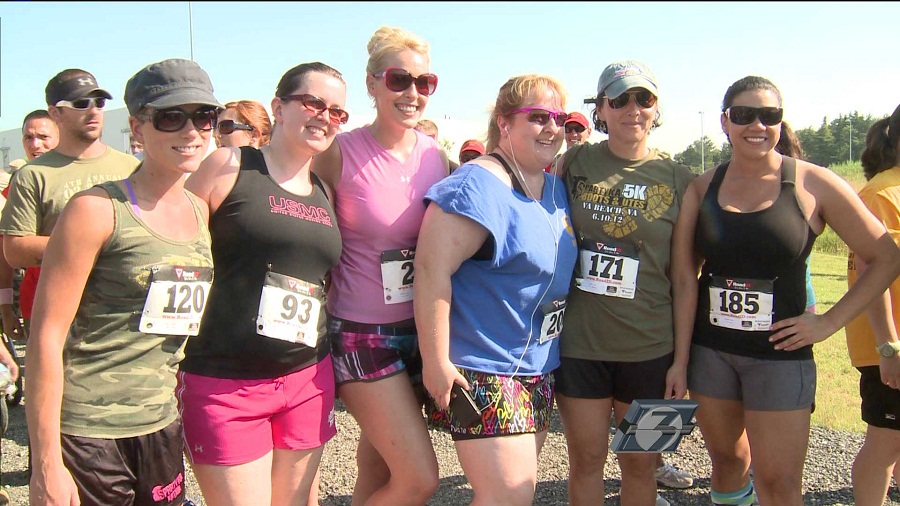 The Spartyka Boots and Utes 5K was held at the Virginia Beach Sportsplex.

Runners put on their boots yesterday and took off for the run at the Sportsplex.

Spartyka Nation teamed up with The Boot Campaign for the 5K race.

Both organizations were created to show appreciation for our troops and raise money for charities that support wounded veterans.

Several people from the NewsChannel 3 team joined in on the run.

A lot of people took part – and one woman even came from out of state to participate.

“I`m here visiting from Iowa and my son was J.T. He was one of the SEALs that was killed last August that was in the helicopter crash and I`ve been training a little bit for a run that we`re having for him on the sixth of July in Iowa. So it was fun to do this today, it was really great.”