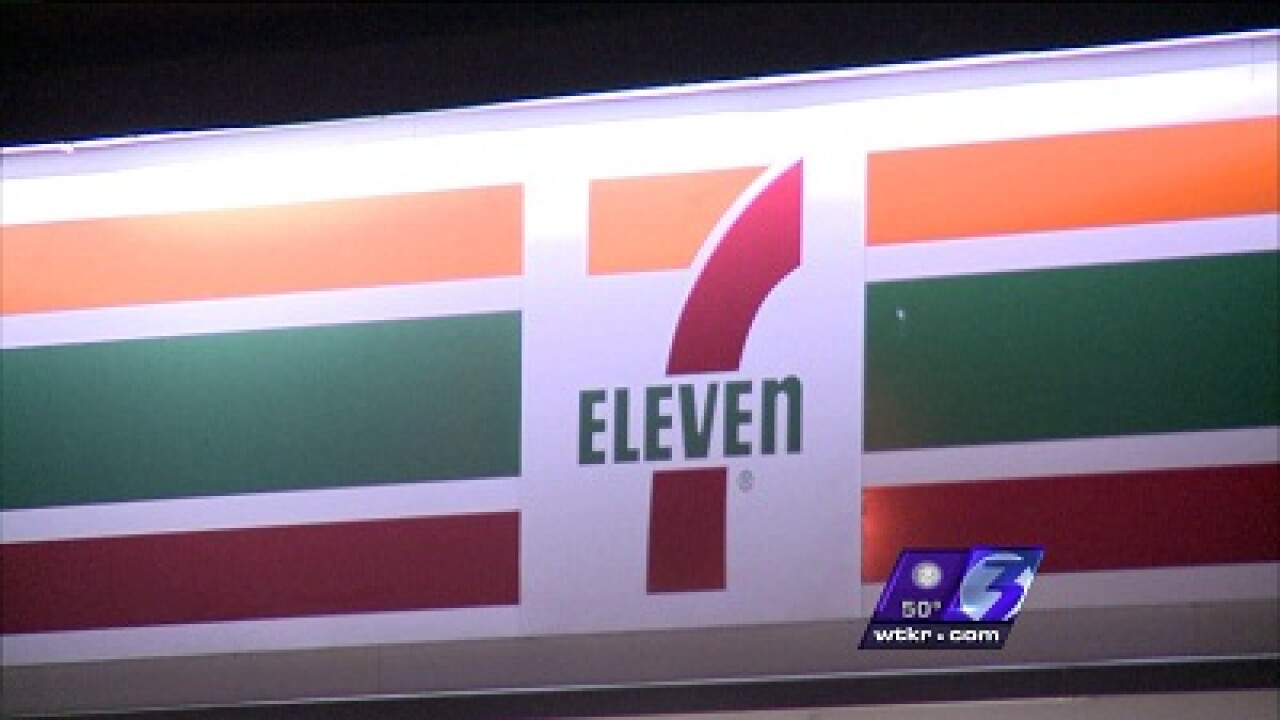 (CNN) — A Florida man lit the mother of his 4-year-old son on fire early Monday, then chased her with a knife before she found refuge inside a convenience store, police said.

His alleged victim is at a Delray Beach hospital recovering from severe burns to much of her body and face. The woman is expected to survive her injuries, Slater said.

Surveillance video shows the woman standing near a gas pump shortly before 3 a.m. Monday in her silver Mercedes Benz, as a man driving a white Jaguar — later identified by authorities as Mondesir — approaches.

The two are at one point seen struggling. The woman tries to seek refuge inside the 7-Eleven, but is soon dragged back outside.

The video later shows the woman running around on the pavement outside the store, the upper part of her body enveloped in flames.

According to the report from the Boynton Beach Police Department, the woman — interviewed about two hours later at Delray Medical Center, but not identified by police — said she had gone to the 7-Eleven intending to meet her son’s father and son for a “timesharing exchange.” She and Mondesir don’t live together but they share custody of their 4-year-old child, the woman said.

After realizing her son wasn’t in Mondesir’s car, the burning victim says she tried to get back in her vehicle. It was then that Mondesir came out with a red-colored can and began tossing gas on the woman and her vehicle, the woman told police.

She ran, but after being pulled out of the 7-Eleven the first time, Mondesir “threw fire onto her body” and she “became engulfed in flames,” according to police.

“The victim began to put the fire out and remove her shirt, and then realized the … defendant was also armed with a long (possibly machete) knife,” police said.

Officers arrived to find the woman “with severe and fresh burns” on her body and face, as well as pieces of her still burning shirt on the ground.

Mondesir had run from the scene, leaving his Jaguar parked near the gas pumps. Boynton Beach police found him around 5:45 a.m. Monday in bushes near the 7-Eleven.

After being treated himself at a local medical facility for burns, he is now in Palm Beach County’s main detention center, according to the sheriff’s office website.

Sue Kohl, who lives across the street from Mondesir, describes him as friendly and helpful. Kohl said she was shocked to hear about the incident, which occurred about one-quarter mile from her and Mondesir’s homes.