Chesapeake, VA – An inmate escaped from the Chesapeake City Jail on Monday. After an investigation, police say four other inmates allegedly helped him escape. They have all been charged. 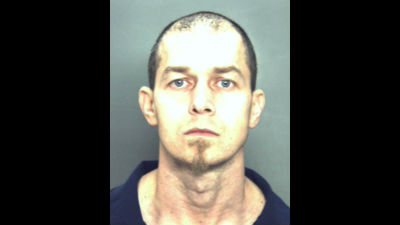 Forty-year-old Clancy Dan Starling was discovered missing after the 6 AM headcount.

He was last seen wearing a white tank top under a white t-shirt, blue shorts and white tennis shoes.  He has a right shoulder tribal tattoo, sun tattoo on his neck and ½ sleeve tattoo on his left arm.

Starling was sentenced on a probation violation that includes 2 counts of burglary and 2 counts of larceny with 15 years left to serve. He was also sentenced to 2 years Grand Larceny on Virginia Beach charges.

Anyone with information concerning Starling’s location is asked to call the Chesapeake Police Department Non-Emergency number at (757) 382-6161.