Admirals celebrate their championship in Norfolk 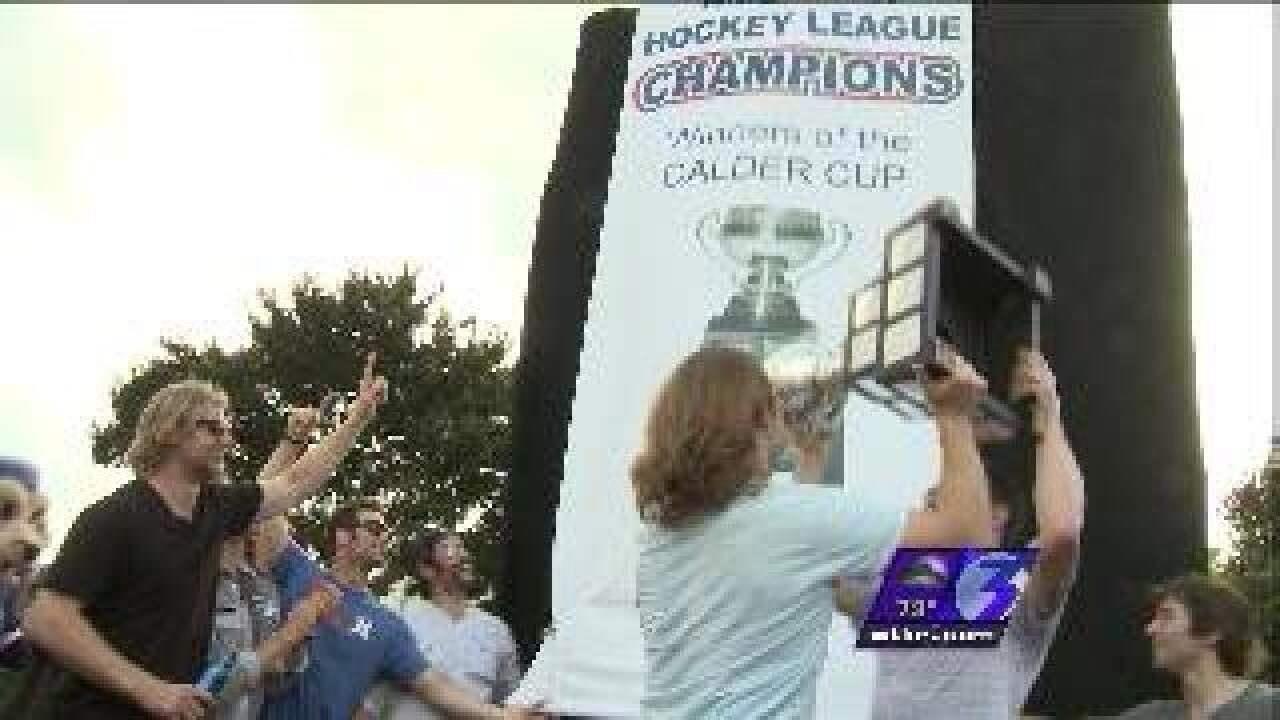 The Admirals fought so hard to win the Calder Cup, and now they get to raise it up for all their adoring fans to see.

With herds of people lining Granby Street cheering them on, the cup almost seemed weightless.

The fans were giving them the energy to keep it hoisted high. But even for these athletes, carrying it around got tiresome.

When they walked up to the Scope and saw the crowd, the burn was forgotten, holding it became easy, especially with a little help from the fans.

What the Admirals did this year was simply remarkable--29 consecutive wins and then breezing through the finals in four games.

"Just thinking about this team, I get chills thinking about them," Jody Winegrad said. "Five to ten years, I don't know if we'll ever see anything like this again in this area, so it's really exciting to know I was there and see them hoist the cup, it just brings tears thinking about it."

While most people may have seen the game on our sister station WGNT, Winegrad was in the stands in Toronto.

She's seen this scene play out a dozen times, the team proudly showing off the cup.
It's what all these fans came out to see and Winegrad can't get enough of it.

The cup has many uses.

It was a motivator to push the Admirals to unimaginable success. It's a cup, literally, and after working so hard, it's tough to blame them for having a drink out of it.

But most of all, it's a uniter, bringing the player and the city together.

The team won't get to keep the cup forever though. This joy will fade, but the memory of it never will. The Admirals unveiled their championship banner; it'll be put up in Scope in October at their first game.

On a bench made out of broken hockey sticks and Admirals memorabilla, Chris Daley is already counting the days until his heroes take the ice again.

"Season's going to be great next year. I can't wait to be there the first game when they drop the banner," Daley said.