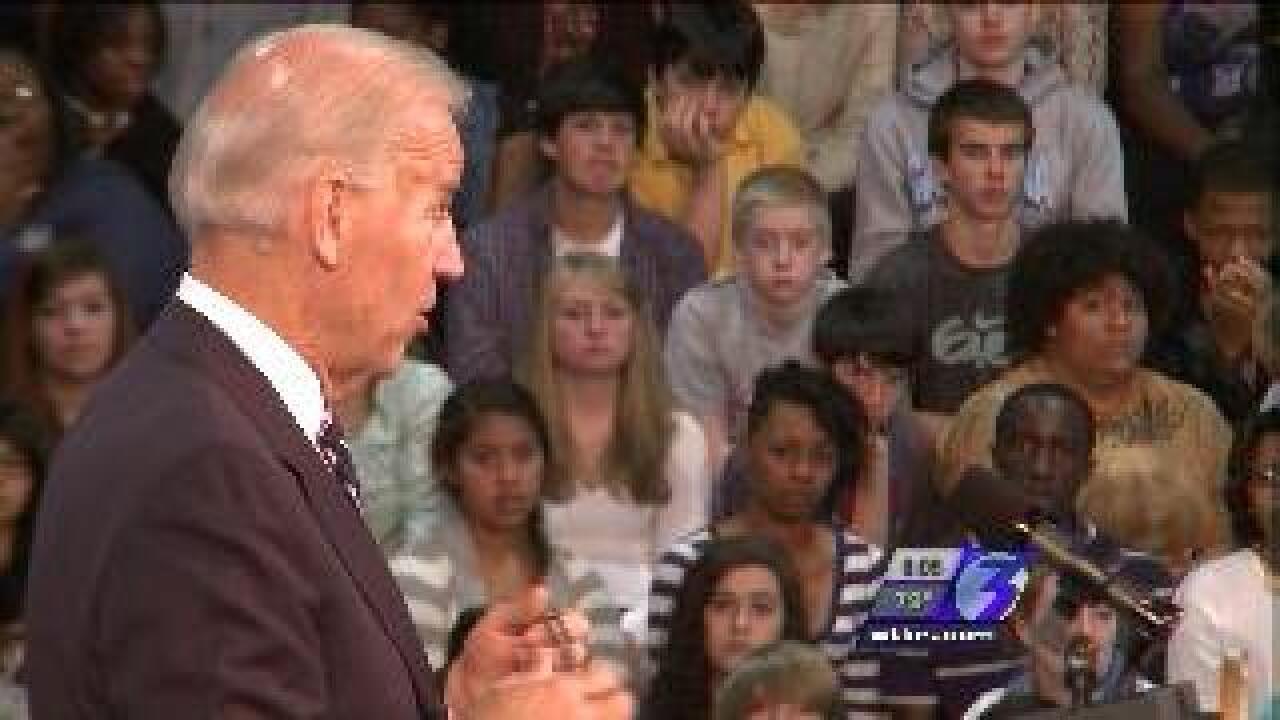 “Of course, I then got a little nervous thinking,  my first commencement ceremony and none other than the Vice President of the United States,” said Woodhouse.

Tallwood got the news a few months ago that the Vice President would be giving the school's commencement address.

“The students literally screamed in the classroom,” said Woodhouse.

The initial shock has now turned into nervous excitement for some of the students who have to give speeches.

“I just reminded them that, you know, really it’s not the Vice President that you have to worry about, it’s the other 5,400 in attendance that are watching you graduate.  So I’m not quite for sure if I put them at ease, but at least it shifted their focus a bit,” Woodhouse said, laughing.

One of those students -- is Valedictorian Kevin Nguyen.

He didn't get the official news until Monday once final exams and grades were all tallied up, but he had a hunch after talking to one of his teachers.

“She told me my final grade and that’s when I knew and I was just excited,” said Nguyen.

The fact that he'll be speaking in front of the Vice President and a huge crowd, as his principal reminded him, doesn't seem to faze him.

“When you’re standing upstage, the bright lights are just shining so brightly in your eyes you almost don`t even notice anybody else there,” said Nguyen.

Instead, he's focusing on his speech and the man who inspired it.

Hard work that has paid off as he graduates at the top of his class and with a memory that will last a lifetime.

“I’ve teased a few this year in saying, just remember, 20 years down the line when you`re married and you have your children and you all share those stories, you`ll be able to say the Vice President of the United States was my commencement speaker, top that,” said Woodhouse.

The graduation ceremony is taking place at the Virginia Beach Convention Center Thursday at 1 p.m., but officials would like people to start arriving around 11 a.m. because of added security.

Everyone must have a ticket to get inside.