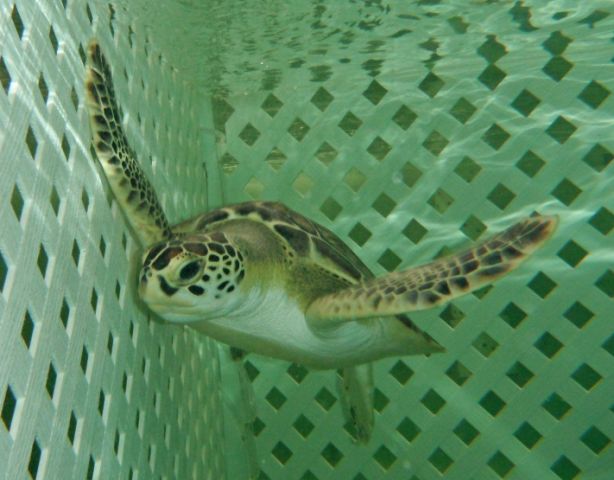 A Green Sea Turtle is now ready to be released into the wild after undergoing rehab, according to Virginia Aquarium officials.

The limp, cold-stunned turtle arrived at the center New Year’s Day, and after six months of rehabilitation with the Aquarium’s Stranding Response Program, Makahiki is ready to be returned to the sea.

The public is invited to see the release from First Landing State Park on Thursday, June 14, at 11 a.m.

Makahiki, which means New Year in Hawaiian, was named by the Sandbridge residents who discovered her, Anne and Bill Gasset.

Virginia Aquarium officials say they knew exactly who to call since two years ago in December they had worked with the Virginia Aquarium Stranding Response Team to rescue a Kemp’s ridley turtle they named “Kalikimaka”, which means Christmas in Hawaiian.

The turtle will be fitted with a satellite transmitter so the Stranding Team and others can track her post-release success on http://www.seaturtle.org.

Makahiki has gained two pounds during its winter stay and the sea turtle has been deemed fully fit by the veterinarian. Perhaps one day Makahiki will meet Kalikimaka who was rehabilitated and released June 16, 2009.