Last US military vehicle to leave Iraq now on display 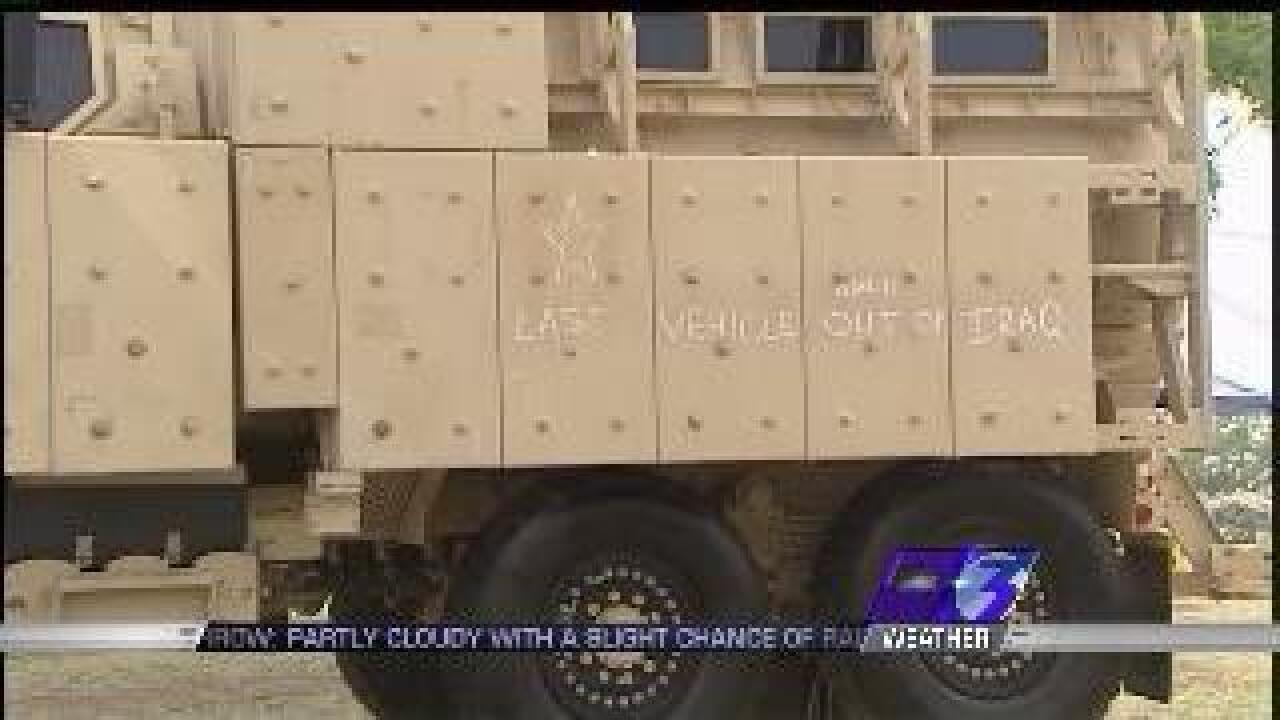 The last US Military vehicle to leave Iraq when US troops withdrew late last year is now on display at Fort Hood.

It was unveiled at a dedication ceremony on Tuesday.

The Army`s 1st Cavalry Division soldiers who drove the vehicle out of Iraq talked about their experiences during the withdrawal in December.

The vehicle was featured on national and international news broadcasts as it crossed the border into Kuwait.

The vehicle was part of a convoy that had driven all night to leave Iraq, marking the final moment of the nearly nine-year war.