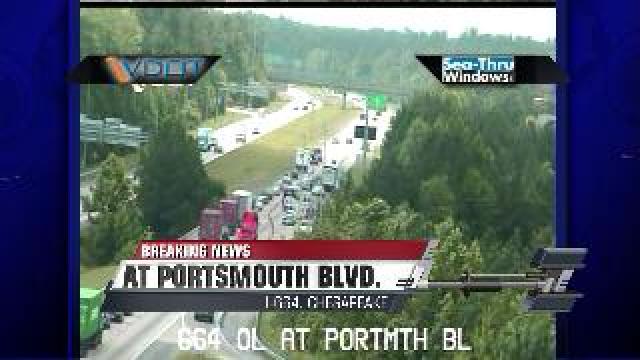 One person died this morning in a crash with a tractor trailer on I-664 South.

According to Virginia State police, a 1995 Nissan Sentra was broken down in the right shoulder lane with flashers on when the tractor trailer struck it from behind causing it to run off the road into the ditch and into the tree line.

The driver of the Sentra, 27-year-old Crystal Autumn Burgsteiner of Newport News, died at the scene.

The driver of the tractor trailer, 47-year-old Christopher L. Johnson of Richmond, suffered a medical emergency causing him to run off the road into the Sentra. Mr. Johnson was taken to Norfolk Sentera Hospital suffering minor injuries.

Johnson has been charged with Reckless Driving – Failure to Maintain Proper Control of Vehicle.