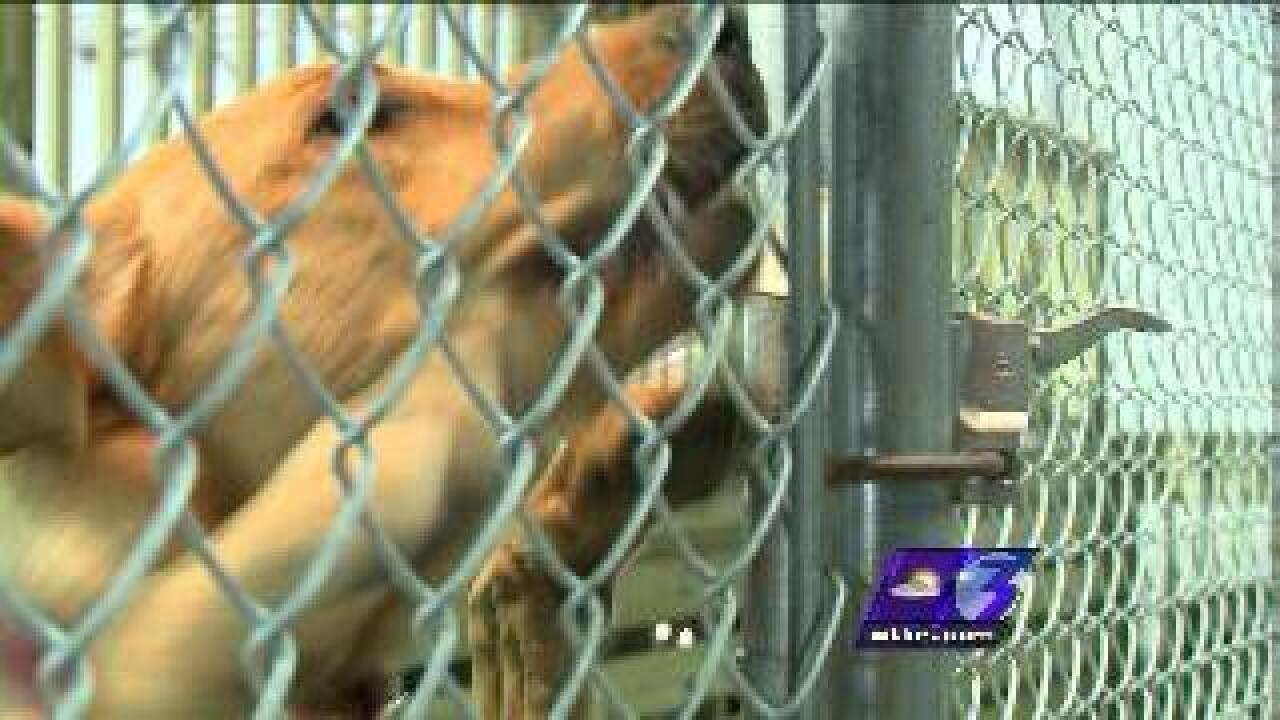 A mutt of a mystery has been solved at the Happy Tail Resort in Norfolk.  The owner, Jana Underwood, thought her staff were leaving gates open allowing the dogs to run free within the doggy daycare.

"I was sitting in the lobby and I looked when the door was open and I saw ten dogs run by,” she says.

Underwood looked to her staff and said the humans must be to blame. Clifford Faulkner said the owner laid down the law.

“She says ‘Cliff, make sure you lock these gates, the dogs are getting out.’”

Della, a clever yellow lab, apparently hasn't met a lock she can't unlatch—we watched as she let the whole pack run free after pushing the latch up with her nose and pushing the gate out.

"So it turns out it was one of the dogs who learned how to open all of the gates and let all the dogs escape with them,” says Jana.

The owner also believes she knows what motivates Houdini Della to break out.

“Della will open up the gate and then they will all run to the pool, so we all have to run in there with them," she says.

Was it a doggy dip in the pool that led to the dastardly deed? Her partners in crime don't seem to mind.

You might say the bad dog had a good day leaving the humans with the task of outwitting those wagging tails.