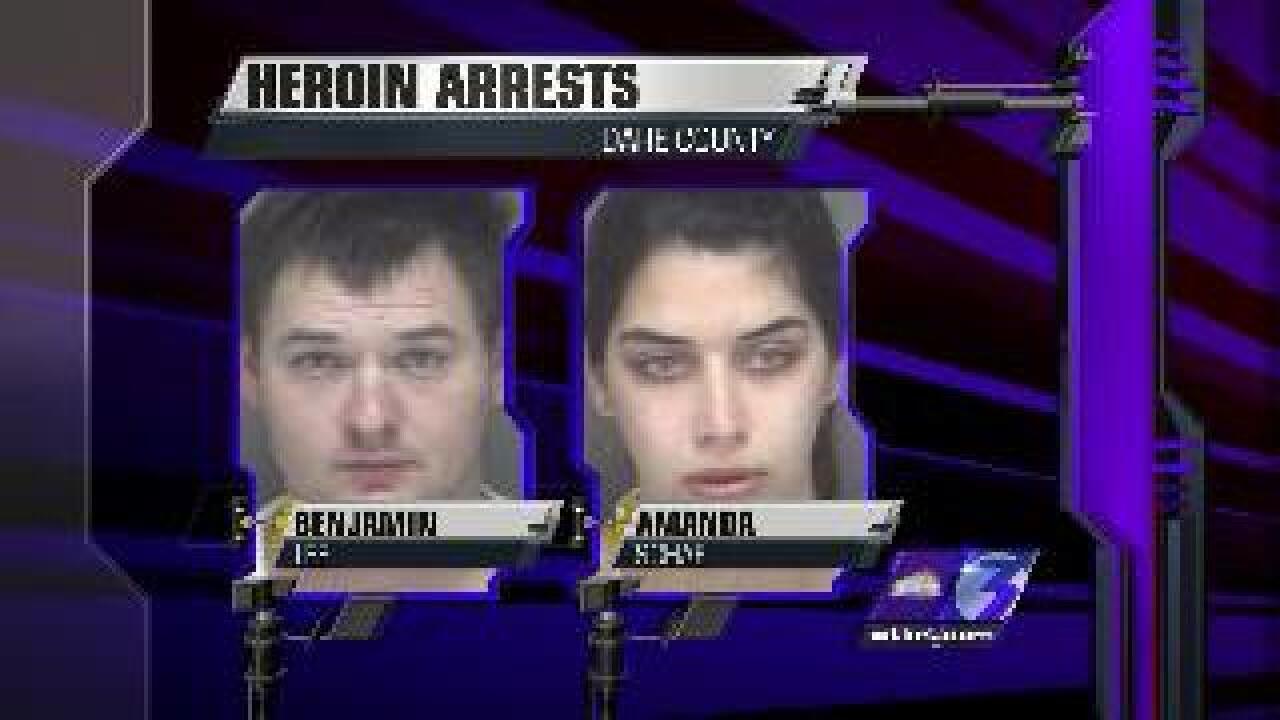 Deputies pulled over a car on old Wharf Road in Wanchese on Thursday with the help of the Kill Devil Hills Police Department and the State Bureau of Investigation.

They say in the middle of that traffic stop, Benjamin Davis and Amanda Champlin drove up in another car. The two suddenly jumped out of the car and began running away.

Investigators caught them and found what they are calling "a significant" amount of heroin.

Both Davis and Champlin are facing several drug related charges.

In a separate incident more than 20 miles away, deputies arrested Erik Dodson.

Deputies say they were following up on details of an ongoing drug investigation when they pulled Dodson over in Southern Shores.

They say they searched the car and found heroin.

Dodson has been charged with drug trafficking.