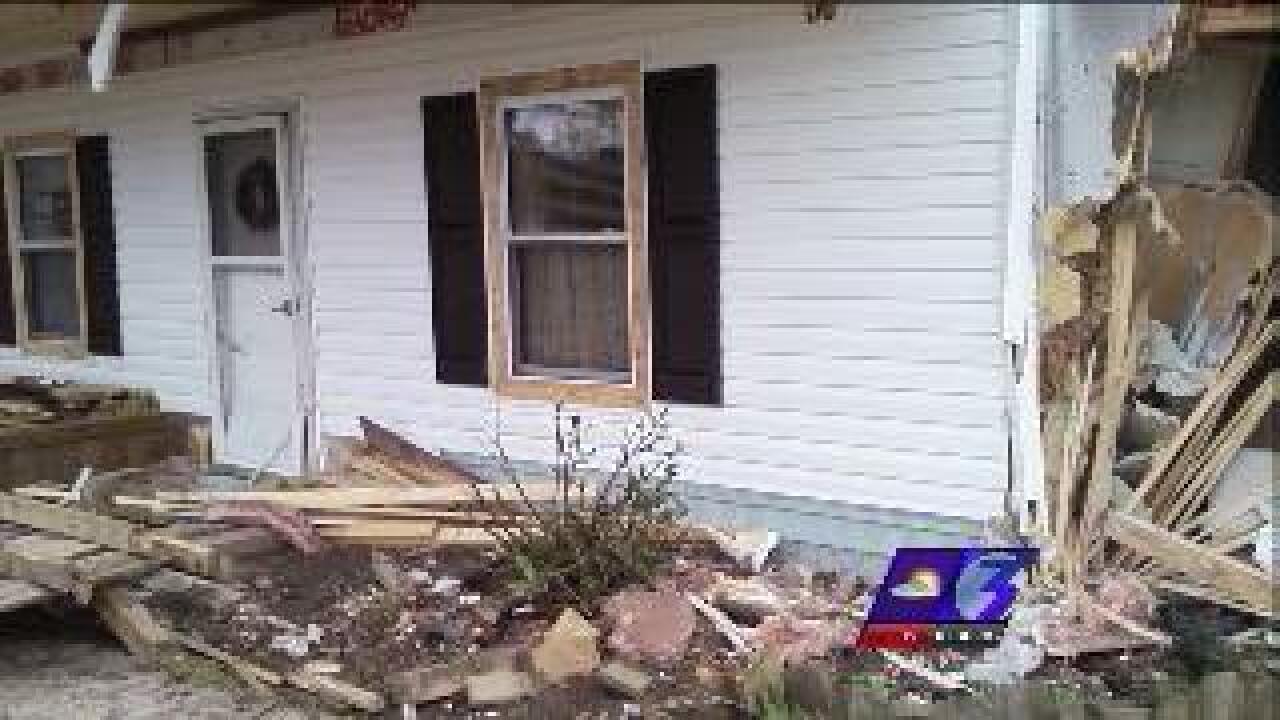 Libby Wilburn has a problem: cars keep speeding off Route 37 in Belvidere and ending up in her yard and house.

In less than a year's time, three cars have run off the road and ended up there.

The first time it happened, a car spun out with its headlights shining in her front door.

The second time, a car destroyed a shed attached to the house and destroyed the front door that Wilburn's husband had built less than two weeks earlier.

"There was a storage building right here that she completely took out. The sheet rock was knocked down in my house, this part of the deck was into my door," Wilburn said.

No one was hurt in the crash, but Wilburn knows it could have been much different.

Another accident on June 14 sent a car across the lawn where it hit a telephone pole in the front yard.

Wilburn has circulated a petition in her community asking the North Carolina Department of Transportation to install a guard rail to keep the cars on the road and out of her yard.

The petition has gotten over 500 signatures and 100 more online.

However, the North Carolina Department of Transportation has denied the request for the guard rail.

John Davidson, a Division Traffic Engineer with NCDOT, says the Wilburns' house is more than 20 feet off the roadway, which puts it beyond the zone for a guard rail for a road that less than 2,000 people use daily.

Wilburn is appealing that decision, but in the meantime, NCDOT is planning improvements along the curve to help keep cars on the road.

The changes include lowering the speed limit to 45 mph, installing shoulder mounted warning signs along the curve and repainting the road.

Davidson says he hopes to make all of the changes within two weeks.