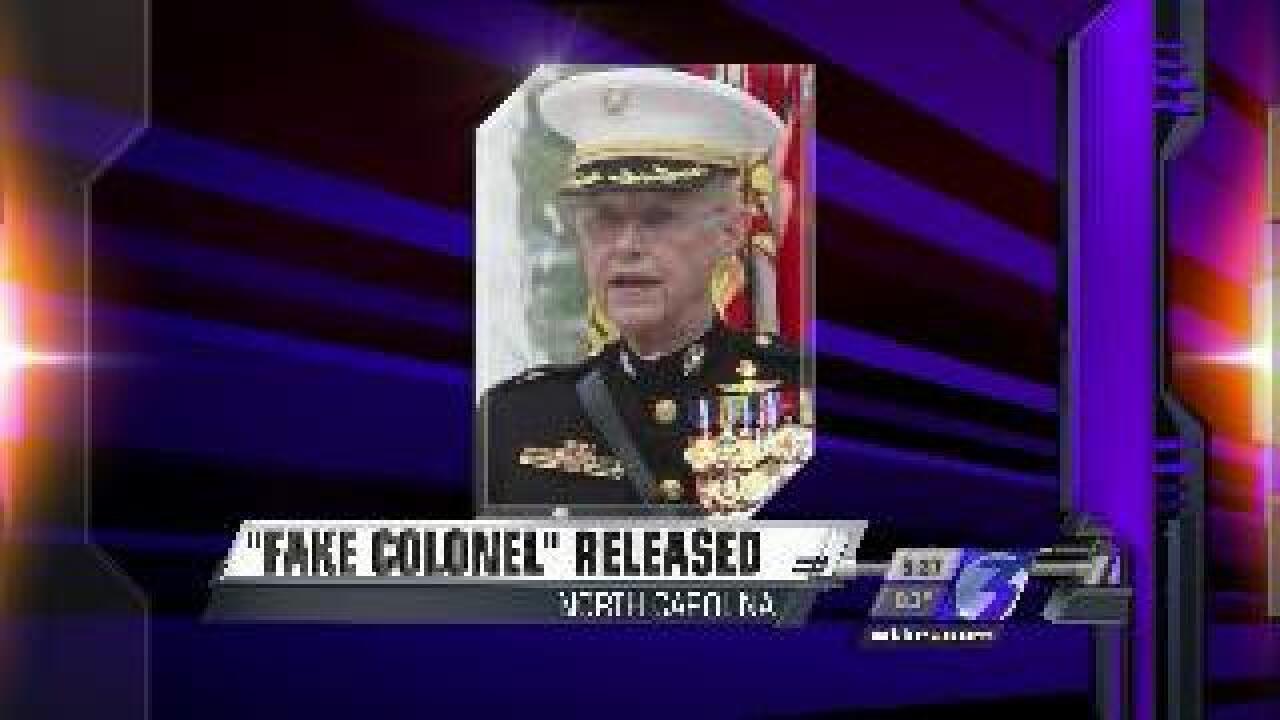 The man known as the "fake colonel" is out of jail ahead of schedule.

This is the picture that started the investigation into Michael Hamilton -- who was discovered to have made appearances and speaking engagements for a fee.

He was found guilty of embezzling $30, 000 from the U.S. Department of Veteran’s Affairs.

Hamilton was sentenced to 16 months in prison back in September. He served less than 9 months.

According to the records with the federal bureau of prisons, he was released Friday.