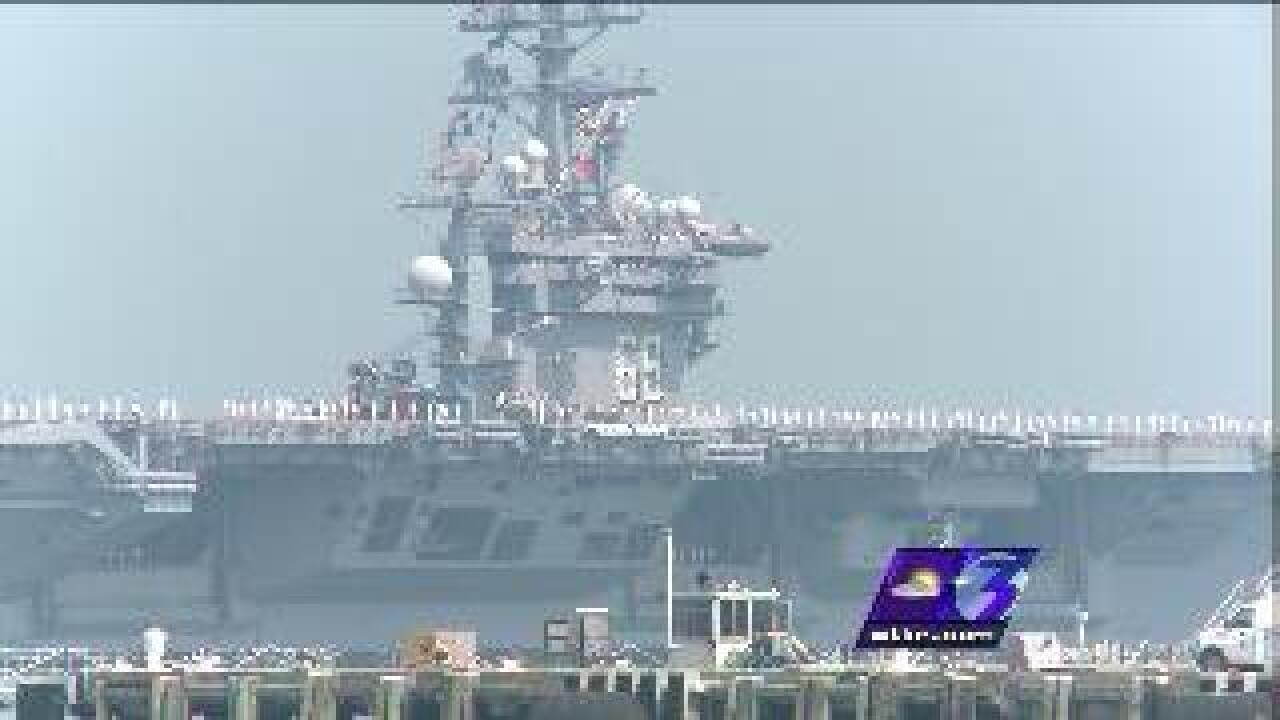 The Dwight D. Eisenhower Carrier Strike Group left Hampton Roads Wednesday morning. Many families were there to say goodbye as the sailors prepared to leave home for the next few months.

"He's my hero. He does the best he can and I'm so proud of him.  I can’t ask for more,” says Nilda Muniz, who said goodbye to her husband.

"It is difficult, but we've got full family support and support here and it makes it a lot easier,” says Renee Brown, whose husband is on his first deployment ever since joining the Navy a year and a half ago.

Maria Jenkins is trying to make the nine-month deployment easier to deal with, so she has a support system ready to go.

"I have family here so it should make easier, but not that easy.”

They'll meet up with two other ships in Mayport before heading to the Persian Gulf area.