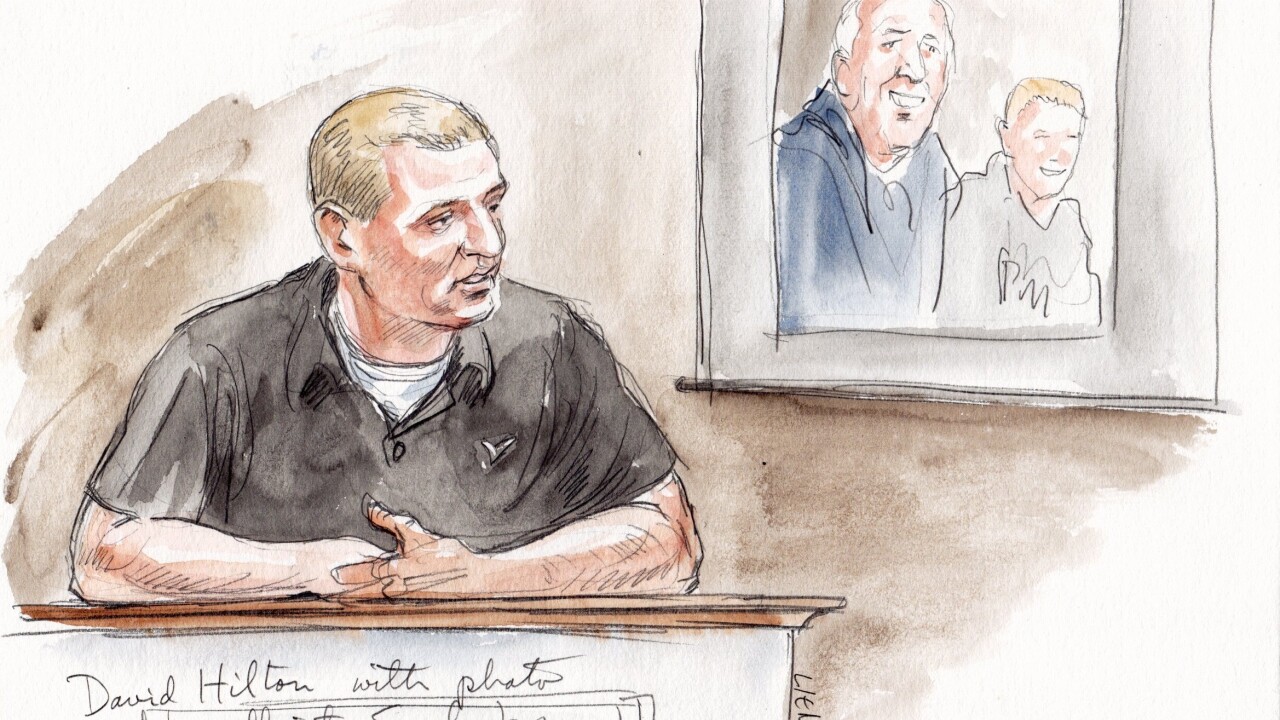 By: Doris Taylor
Posted at 5:41 PM, Jun 21, 2012
BELLEFONTE, Pennsylvania (CNN) — Matt Sandusky, an adopted son of Jerry Sandusky, said through his attorney Thursday that he was also a victim of the former coach’s sexual abuse, adding that he had been prepared to testify for the prosecution.

“At Matt’s request, we immediately arranged a meeting between him and the prosecutors and investigators,” attorneys Andrew Shubin and Justine Andronici said in a statement. “This has been an extremely painful experience for Matt and he has asked us to convey his request that the media respect his privacy.”

The child rape case against Sandusky, who faces accusations of sexual abuse involving 10 alleged victims, is now wrapping up and is in the hands of a jury.

Jurors began deliberations Thursday, after a week of testimony but without having heard from the former Penn State defensive coordinator on the witness stand.

During closing arguments, defense attorney Joe Amendola sought to poke holes in the prosecution’s case, pointing to inconsistencies with the testimony of Mike McQueary, a former graduate student and assistant coach who said he saw Sandusky apparently sodomizing a boy in a university shower.

He also reminded jurors of the lack of physical evidence and accused the alleged victims of conspiring for financial gain while blaming the media for what he described as biased coverage.

During the arguments, Sandusky’s wife, Dottie, was seen quietly crying.

“The great thing about conspiracy theories is you just let them go on and on, until they collapse under their own weight,” he said.

McGettigan described the former coach as a pedophile who systematically preyed on his victims with a calculated and repeated approach.

“The Commonwealth has overwhelming evidence against Mr. Sandusky,” he said.

Earlier Thursday, Judge John Cleland announced that three of the counts were dropped against the former coach, bringing the total number of charges to 48.

One of the original 52 counts was also dropped earlier this week because the statute on which that charge was based wasn’t in effect on the date of the alleged incident. His accuser said it occurred in 1995 or 1996, but the unlawful contact with a minor statute didn’t apply until 1997.

The defense rested Wednesday, with the former coach never taking the stand.

Amendola had told reporters to “stay tuned” to see whether the former defensive coordinator would testify. It was thought his testimony could provide an opening for prosecutors to introduce new evidence against the former coach.

Sandusky, 68, pleaded not guilty to charges of child sex abuse over a 15-year period.

The prosecution had called its only rebuttal witness Tuesday, to counter testimony that raised questions about Sandusky’s mental health.

Dr. Elliot Atkins testified that he diagnosed Sandusky with histrionic personality disorder, part of a class of conditions called dramatic personality disorders, which are marked by unstable emotions and distorted self-images. But a second psychologist, prosecution witness Dr. John O’Brien, disputed those findings, saying that the “personality profile Mr. Sandusky exhibited was within normal limits.”

At least one trial observer had said there had been good reason for the defense to call the former coach to the stand. Veteran criminal defense attorney Ron Kuby said Sandusky is facing a “tsunami of evidence against him” and suggested that his taking the stand may be a way to help his case.

“Just maybe he can convince one juror to hold out,” Kuby said before the defense rested. “A hung jury, right now, is a lot better than life without parole.”

However, some court observers had said that if Sandusky were to testify, prosecutors could submit as new evidence a TV interview the ex-coach had with NBC sportscaster Bob Costas.

In a portion of the interview that was not part of the original November broadcast, Sandusky told Costas that he “didn’t go around seeking out every young person for sexual needs that I’ve helped.” There are likely “many young people who would come forward and say that my methods and what I had done for them made a very positive impact on their life,” Sandusky said.

On Wednesday, the defense called Dr. Jonathan Dranov, an acquaintance of McQueary’s, who told jurors that the former assistant coach told him he heard “sexual sounds” and saw the boy in the shower when an arm reached around him but, did not actually see a sexual encounter. Sandusky then emerged from the shower area, he said.

That account is different from what McQueary described in his testimony. He said that he witnessed Sandusky pressing against the boy in the shower and that it seemed obvious that he had been raping him.

Before Wednesday’s testimony, one juror was dismissed and replaced because of illness. Prosecutors wrapped up their case Monday after eight of the 10 accusers were called to the stand, among other witnesses.

On Tuesday, Sandusky’s wife told jurors that she could remember at least six of her husband’s accusers staying overnight at their house and said she did not witness any sexual abuse.

Dottie Sandusky recalled that one of the accusers had once traveled with them to a bowl game in San Antonio, Texas, where she and her husband shared a hotel room with the boy.

Many of the accusers testified that they knew Dottie Sandusky, who is not accused of having witnessed the alleged abuse.

She testified that children would often sleep at the Sanduskys’ house and that “we would give them a choice of where they wanted to sleep.”

Her husband also was the one to put the children to bed, typically, she said. She told jurors that “he would go downstairs and tell them good night.”

The final prosecution witness testified Monday that her son seemed to suffer from stomach ailments during the times he was visiting Sandusky and sometimes did not want to visit the former Penn State assistant’s home.

But she said she didn’t ask him about any possible abuse and still does not know what happened to him.

“I didn’t really want to hear,” she said, crying.

The defense then opened its case with a former Penn State coach who testified about Sandusky’s stellar reputation in the community.

Richard Anderson said that it was not uncommon for coaches and youths to use the shower at the same time and that he had never seen anything inappropriate between Sandusky and a child.

The defense called five other witnesses who supported the view of Sandusky’s good reputation in the community.

“A lot of people lied,” Amendola said in his opening statement.

Several prosecution witnesses testified that Sandusky forced them to engage in sexual acts with him in various places, including showers in the Penn State coaches’ locker room, hotel rooms and the basement of his home.

One told jurors that Sandusky — whom he met, like many of the accusers, through the Second Mile nonprofit for disadvantaged youths that the ex-coach founded — had threatened him if he told others about the abuse.

Another said Sandusky warned he might send him home from a trip to Texas, where they’d gone to watch a Penn State bowl game.

The defense challenged the accusers’ timetable, questioning whether Sandusky could have committed the crimes they claim he did when they say he did.