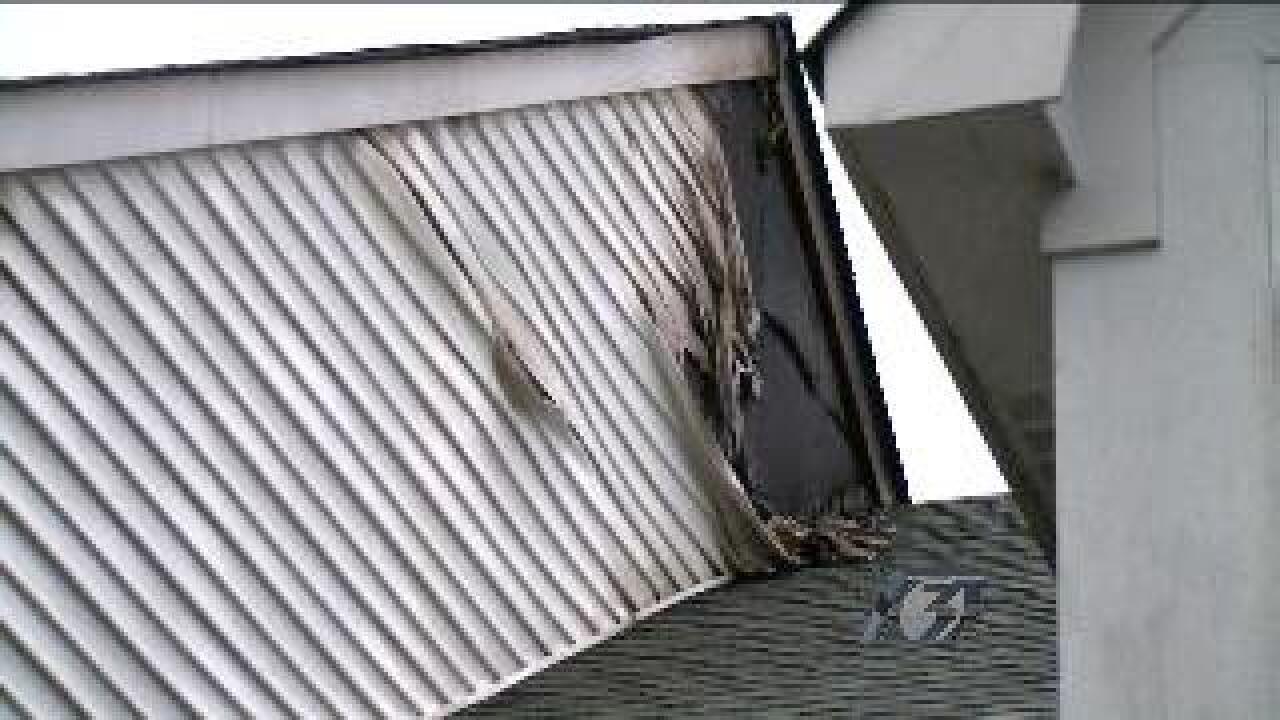 Avis Simpson and her home look fine on the outside but it's inside where they're both hurting.

"There's a whole lot of damage inside the whole thing is just a mess," Simpson said.

Lightning hit her deep creek home this afternoon.
The damage is significant to the top floor, and they're without a place to stay tonight.

Simpson came to Chesapeake ten years ago from Brooklyn.
It was too cramped there for her family of four, this house was everything to them.
Now its top floor is torn apart and she's haunted by the constant flickers of lightning that remained hours after her home was hit.

"I don't even know how to explain it right now," said Simpson.

Simpson had just gotten home to cook dinner for her boys.

He comforts her now that they're out of the house safely, and it, like them, is still standing.
Their debris-covered rooms could have been completely toast if not for a neighbor who took action.
Paul Lawson got on a ladder and tried to put the fire out.

Chesapeake fire crews quickly arrived and took care of it.
What more could have been ruined if not for Lawson is unsure.
As is where the Simpsons will go from here once they can exhale.
but what they now know, and can never forget, is their neighbor is looking out for them.

"Being home at the right time and having neighbors that you like," Lawson said. "There was really, i wasn't going to sit here and let her house burn, you know?"