New photos show Jordan Bridge in the hours before collapse 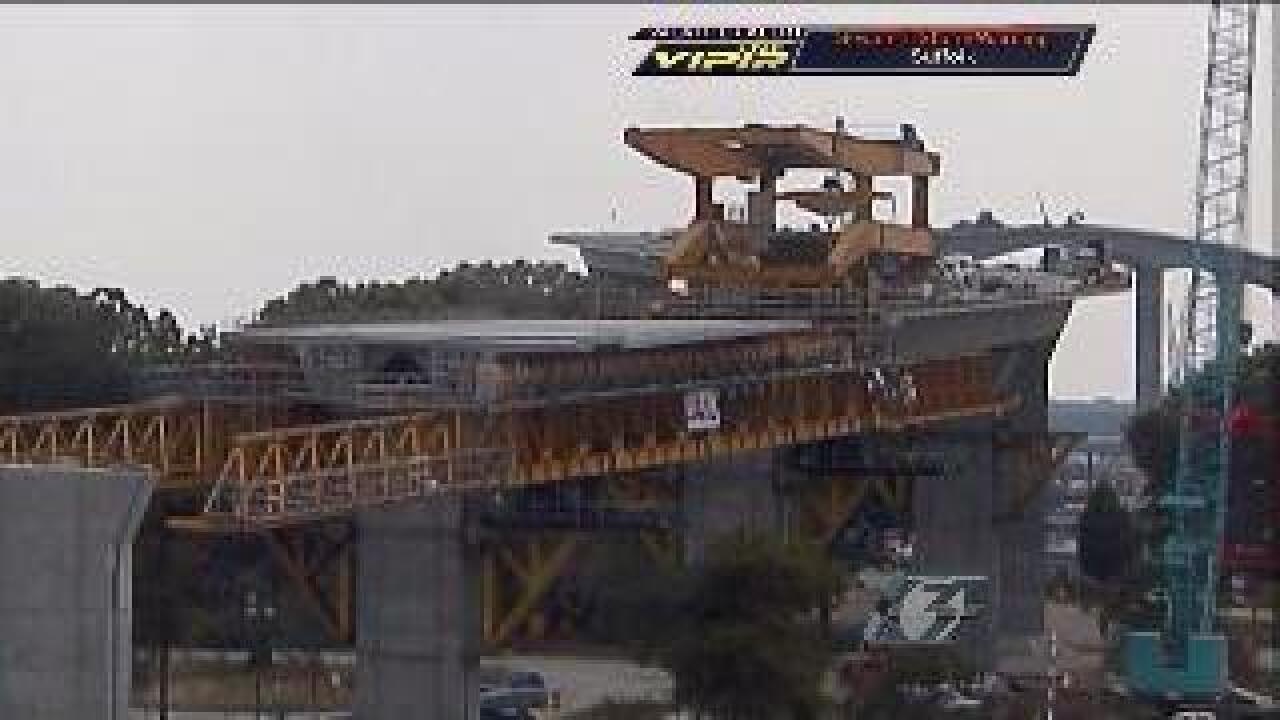 “We were so close to completing, only a few spans away.”

Those words of frustration came from Jordan Bridge Project Manager Kevin Crum on Thursday-- but now, construction is now on hold, after a truss used to build the bridge shifted, sending a huge 10 foot, 90 ton piece of concrete crashing down to the railroad tracks below, injuring four workers.

“They are being installed on the truss system, and that’s what we are trying to find out now…what occurred during the installation process to cause this segment to collapse and fall,” said Crum.

After the accident, the City of Chesapeake announced the indefinite closure of the Elizabeth River Park and Boat Ramp. Officials tell NewsChannel 3 it is so FIGG Bridge Builders can use the space to bring in more cranes for the cleanup.

NewsChannel 3 is also learning it’s not just the one piece that fell to the railroad tracks that needs to be removed from the site…at least 10 other segments were affected when the truss twisted.

The South Norfolk Jordan Bridge Project has a camera filming snapshots of the construction every 15 minutes--their pictures show the bridge being built piece by piece throughout the day on Thursday, with workers sliding the slabs of concrete into place, perfectly straight and in line with the rest of the bridge.

In video captured last night after the collapse, it’s clear that all that work was ruined, with those sections no longer attached to the rest of the bridge.

Crews will have to move all that ruined concrete, re-cast the pieces needed and replace the damaged trusses...but the builders will not allow any installation work to continue until investigators consider the equipment safe to use.

“We were planning our Grand Opening events for Saturday, July 14th, and open to traffic on Monday the 16th. We were that close, but this will delay it, I’m sure, in some form,” said Crum.

NewsChannel 3 tried to confirm a new date of opening, but no one from FIGG Bridge Builders or the City of Chesapeake would go on the record Friday talking about how big of a delay this collapse would cause.

A statement from the project manager said, "we are currently evaluating the schedule so that we can achieve the completion of the last four spans with the highest safety and quality."

What is truly amazing is that no workers were seriously hurt when the section fell--the Jordan Bridge photos show workers were on top of the bridge, actually inside the trusses before the accident, making sure the cranes put the pieces in place properly.

All of them were back at work Friday, allowed to help in the cleanup if they wanted.