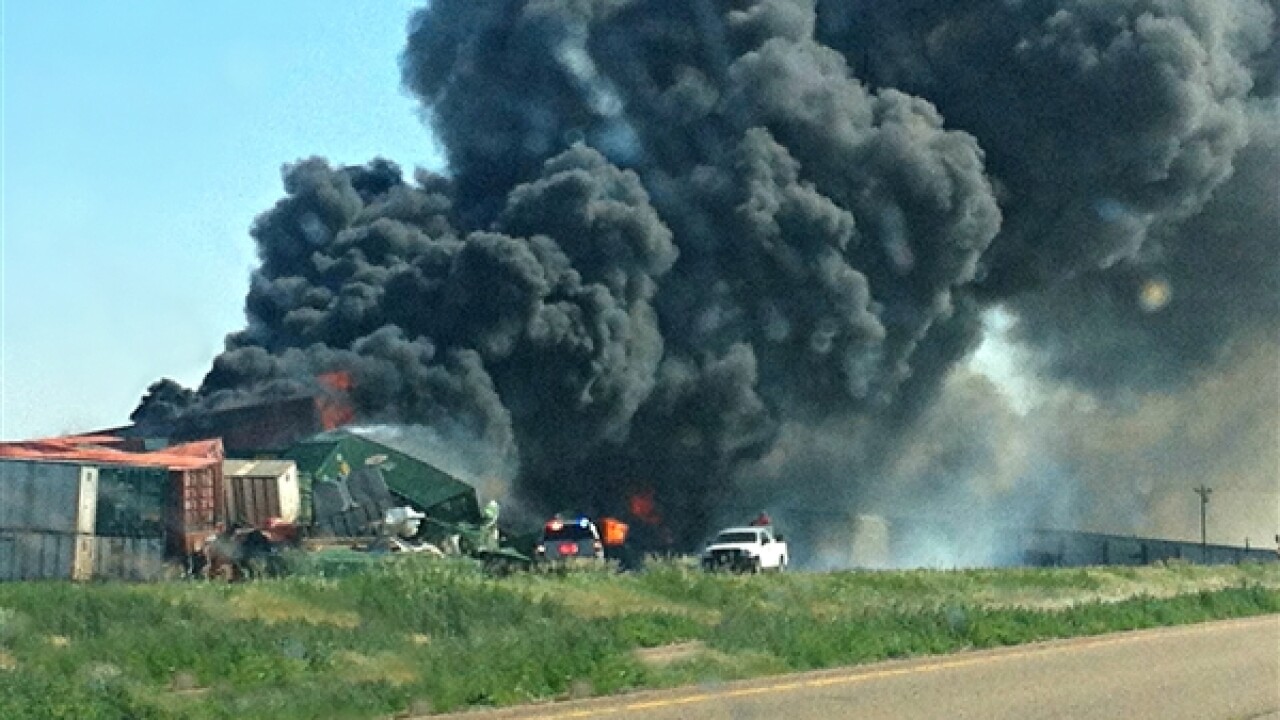 Two trains collided Sunday near the Oklahoma Panhandle town of Goodwell, sparking a diesel fire and forcing the closure of a stretch of highway. Three people were missing.

One conductor and one engineer were aboard each of the trains. The conductor of the westbound train escaped but the other three crewmembers were unaccounted for, Espinoza said.

The collision ignited a diesel fuel blaze that sent a huge plume of black smoke billowing into the air.

“Firefighters are on scene trying to put the fire out. We are doing everything we can to find the other three crew members,” she said.

The westbound train was carrying finished automobiles and the eastbound rain had mixed freight. The two lead locomotives of the first train and the first locomotive on the second train caught fire, Espinoza said.

There was one container on the intermodal train that was filled with a potentially hazardous resin solution but it was not on fire, Espinoza said. “However, we are pouring water in the container as a precaution,” she said.

The conductor who survived was not hurt but was “very shaken up,” Espinoza said. “We have people making sure he’s OK and trying to get some information from him,” she added.

The Guymon Police Department issued this statement on its Facebook page:

Emergency Alert: Train accident east of Goodwell on Hwy 54 has potential for explosion, is not stable, Hwy 54 closed, as well as County roads nearby. DO NOT attempt to visit site. Everyone can view local media Facebook sites for immediate updates. Please allow emergency responders to handle the accident swiftly without interruption.

Goodwell is about 270 miles northwest of Oklahoma City.