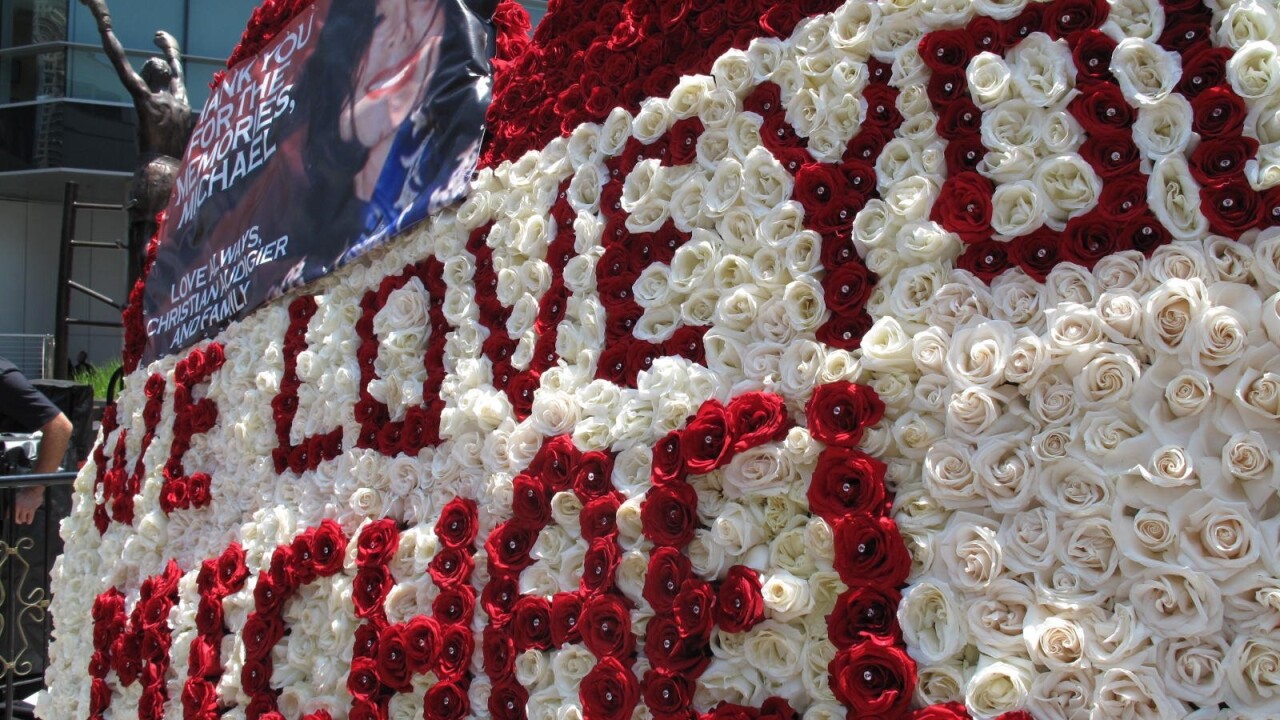 A flower memorial to Michael Jackson outside the Staples Center. The flowers say “We love you Michael”

By: Doris Taylor
Posted at 8:33 PM, Jun 25, 2012
(CNN) — Memories, tributes and, of course, trending topics continue to flood the Twittersphere as Michael Jackson is remembered on the third anniversary of his death.

Jackson’s 14-year-old daughter, Paris, is among the many people who tweeted their respects on Monday.

“RIP Michael Jackson … Dad you will forever be in my heart <3 i love you,” she wrote.

On Wednesday, Paris posted a picture of MJ kissing ex-wife Debbie Rowe on the cheek, along with the caption, “mommy and daddy!<3”

Randy, the youngest of Jackson’s siblings, wrote: “3 years ago on this June 25th, my brother passed. I will be at FL from 11am-1pm today to visit him.”

The King of Pop’s older sister, La Toya, tweeted, “Sad morning All … this Day was the day that lead to the demise of my little brother. ‘Michael We Love’ May you RIP. Gone FAR To Soon.”

Justin Bieber was one of many artists posting about the late entertainer’s legacy.

“RIP to the best that ever did it. RIP to the KING…RIP Michael Jackson. You will never be forgotten. #INSPIRATION,” Bieber tweeted.

While Wiz Khalifa wrote, “3 years ago today the world lost a legend. RIP Michael Jackson. Your music lives on for you. Thank you for everything!”

Jackson’s death, on June 25, 2009, was caused by a combination of the anesthetic propofol and sedatives administered by Dr. Conrad Murray, according to the Los Angeles County coroner.

Murray has been in jail since he was sentenced to four years for involuntary manslaughter in November.