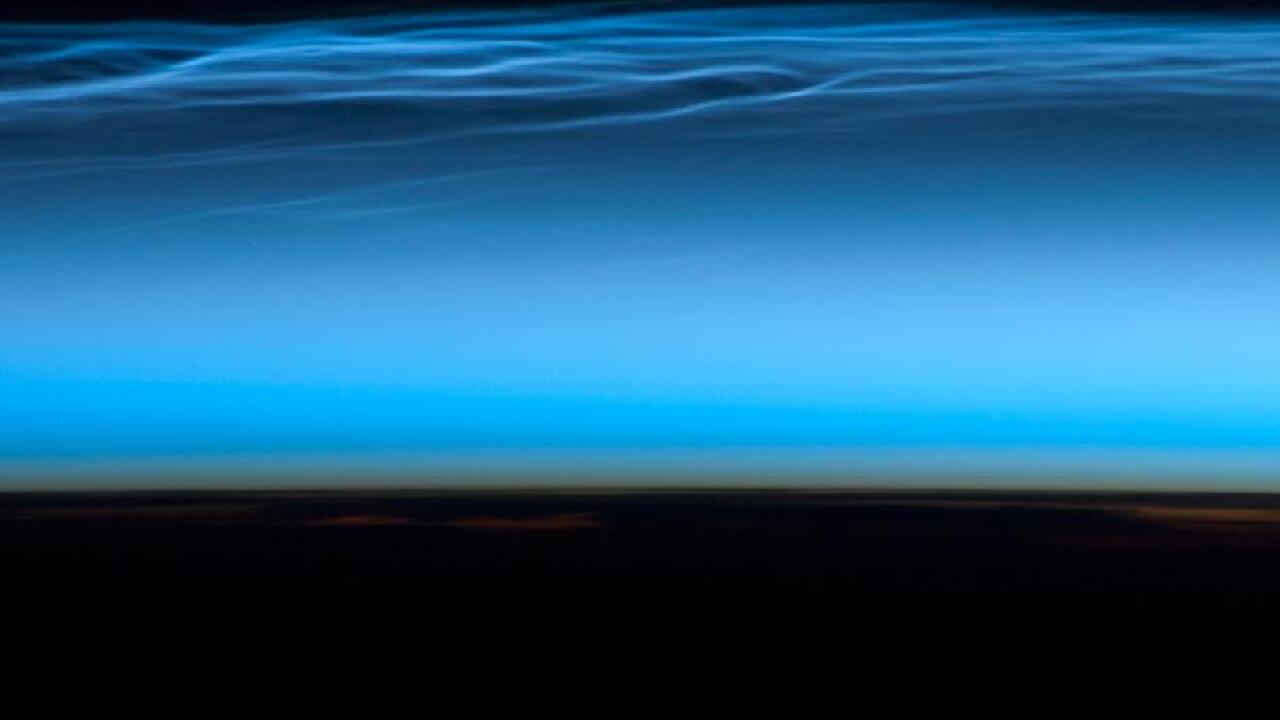 In both the Northern and Southern Hemisphere, during their respective late spring and early summer seasons, polar mesospheric clouds (PMC) are at the peak of their visibility. Visible from aircraft in flight, the International Space Station (ISS), and from the ground at twilight, the clouds typically appear as delicate, shining threads against the darkness of space—hence their other names of “noctilucent” or “night-shining” clouds (NLC).

On June 13, 2012, this image was taken from the ISS as it passed over the Tibetan Plateau.

Polar mesospheric clouds form between 76 to 85 kilometers (47 to 53 miles) above Earth’s surface when there is sufficient water vapor at these high altitudes to freeze into ice crystals. The clouds are illuminated by the Sun when it is just below the visible horizon, lending them their night-shining properties. In addition to the polar mesospheric clouds trending across the center of the image, lower layers of the atmosphere are also illuminated. The lowest layer of the atmosphere visible in this image—the stratosphere—is indicated by dim orange and red tones near the horizon.

While the exact cause for the formation of polar mesospheric clouds is still debated—dust from meteors, global warming, and rocket exhaust have all been suggested as contributors—recent research suggests that changes in atmospheric gas composition or temperature has caused the clouds to become brighter over time.