Storm causes anchored boat to get loose in Ocean View 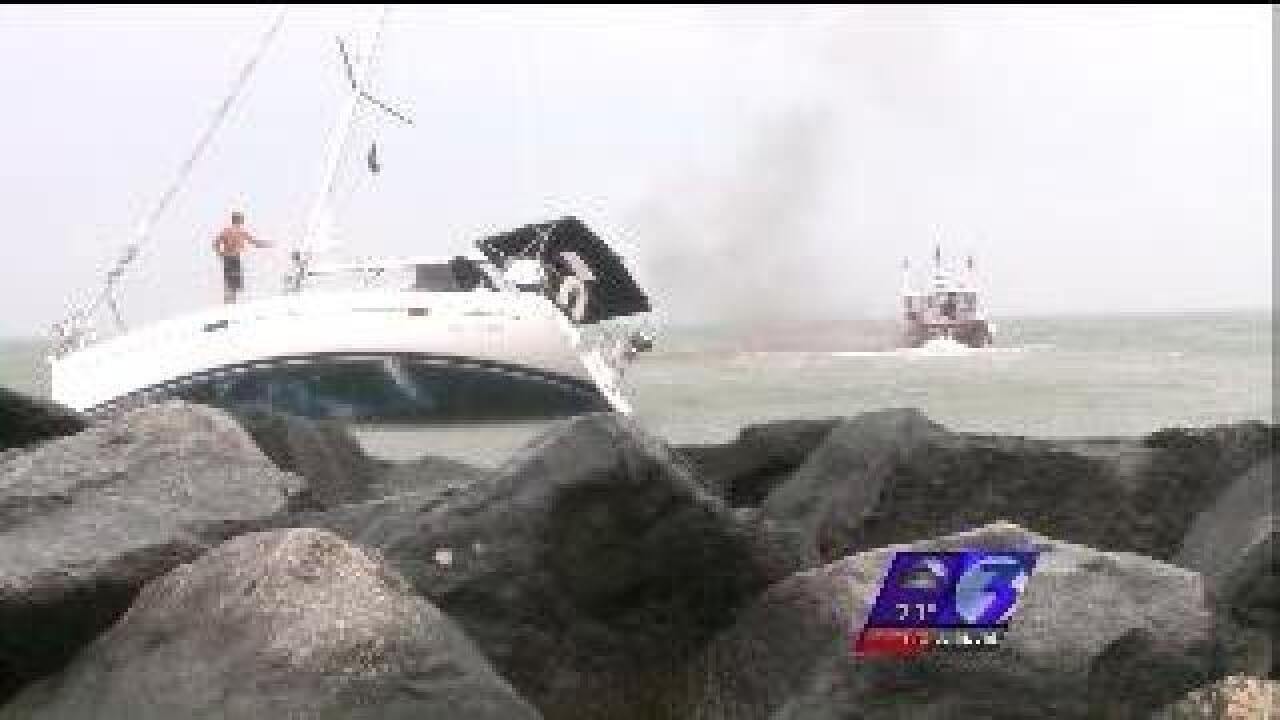 An Ocean View man stood atop his boat trying desperately to break it loose from a jetty.

But this afternoon's powerful storms swept the boat's anchor away from the ocean floor sending it crashing over and over again into a jetty.

“It was basically just the bottom of the boat right there just slamming up against the rocks,” says Mason Brown.

Brown decided to take action. He paddled out to help his neighbor -- a man whose name he doesn't even know.

“Just basically tried to run him a line toward the boat so he could tie everything off and get pulled out,” says Brown.

The boat owner also dived into the water trying to help the tow boat team unhook his boat.

Several minutes later, Que Sera shifted off the jetty and back into the water.