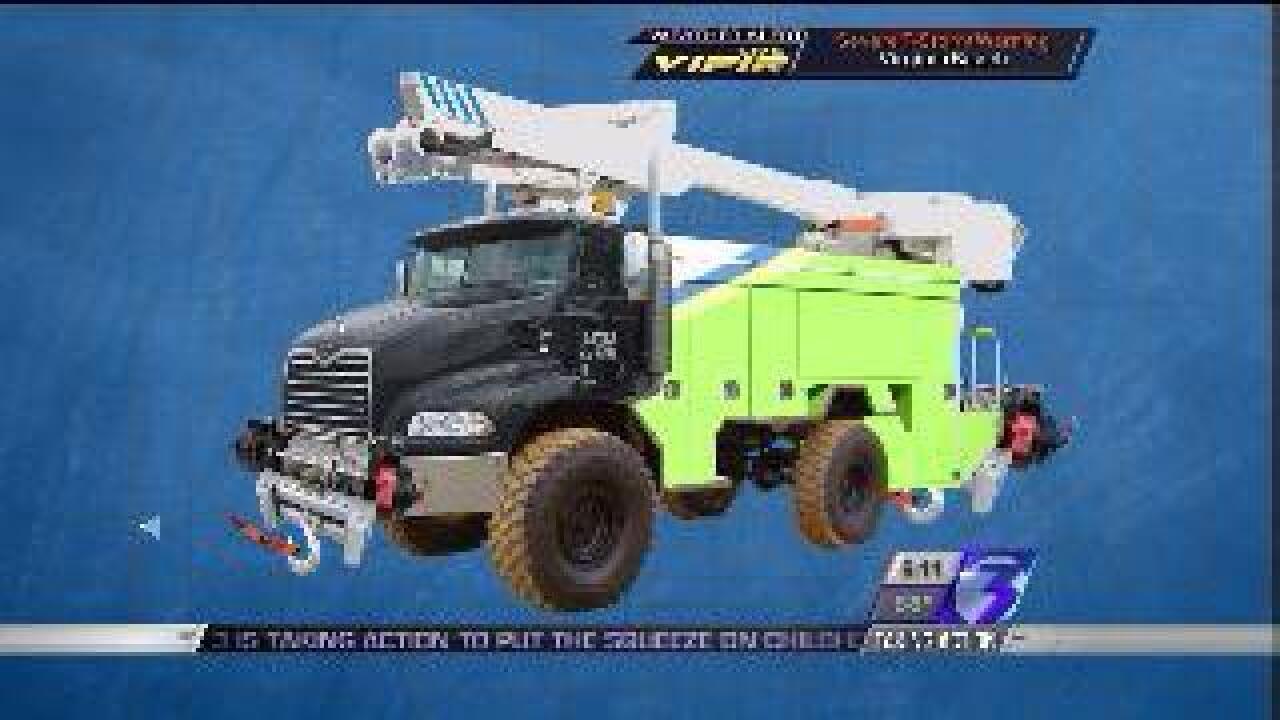 They're the staple of science fiction movies – fortified trucks battling through apocalyptic obstacles to deliver cargos and commandos.

Suffolk is looking to bridge fiction with reality in their request for "Strike Team Vehicles."

Rob Hearn, who owns Pungo Off Road says he's tackled big custom jobs for Virginia Beach, but says Suffolk is asking for a truck that just doesn't exist. He says someone is going to have to build this super truck pretty much from scratch.

“I have never seen anything like this,” he says.

Suffolk leaders say this truck will get help to neighbors trapped by bad weather.

The city has the smallest population, but spread across the largest land area. Storms like Irene flood city streets and knock trees across highways. So Suffolk wants a super truck -- two of them actually -- to deliver road crews, police officers and rescue workers to places no other city truck can. Twenty-six pages of documents reveal the scope.

It needs to sit high like a military deuce and a half, to ford at least two feet of water. But it needs a big crew cab, like a tandem dump truck, enough seating for six strike-team members. And it needs a body with lots of compartments, like a utility-company truck, to carry chain saws, rescue tools and medical supplies.

And then add a crane that can lift 10,000 pounds, winches in the front and the back and some type of plow on the front and back to shove downed trees out of the road.

And the city is hoping to keep the cost under $180,000 per truck. But Hearn says that budget is simply too stingy.

That, he says, will be the cost of the base truck alone without any of the bells and whistles or plows and winches. What Suffolk wants might cost twice that much. And he'd be ready to build it.

“If money is no object, there is no doubt. No doubt I can handle it,” says Hearn.

So far, the city has no serious bids on this project. Whether these strike-team vehicles ever roll through a hurricane or just remain in imagination like the monster trucks in the movies, all depends on what the city is willing to pay.