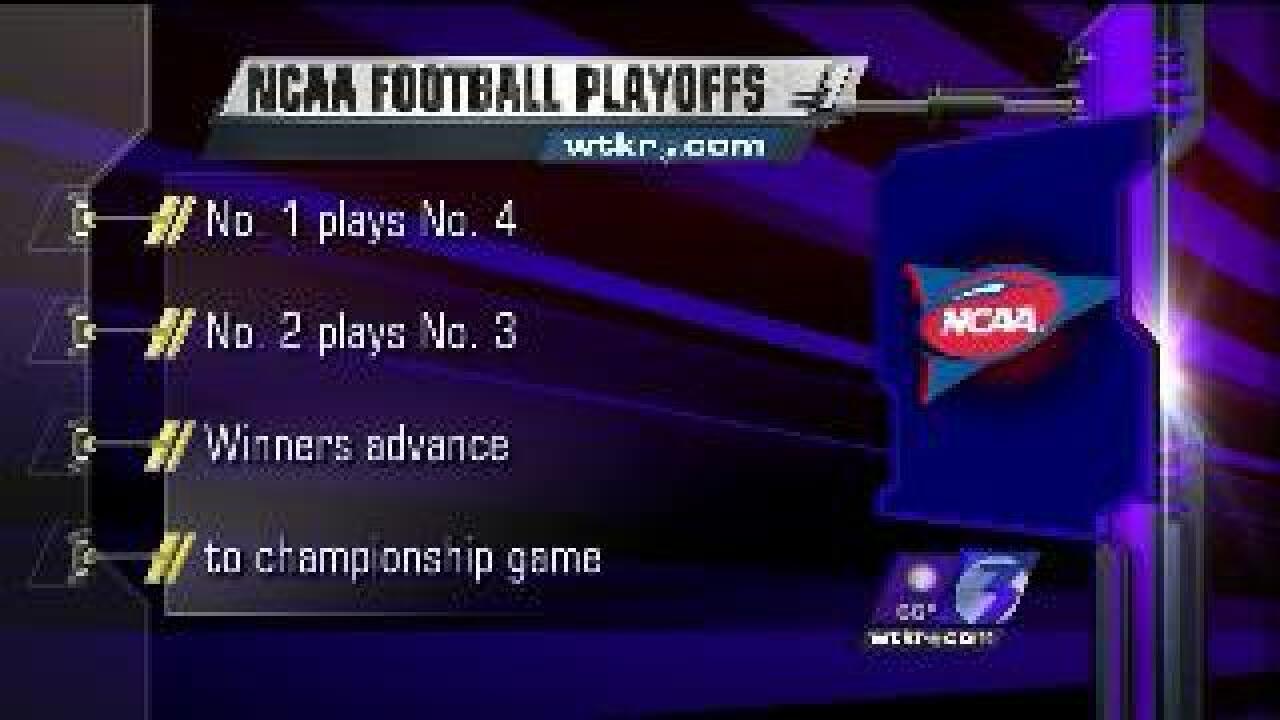 CBS reports in 2014, the Bowl Championship Series will die.

In its place will be a four-team playoff.

The move comes after a six-month process in figuring out a new way to determine a college football champion.

The number one team will play the number four team.

The teams will be selected by a committee, similar to the way the NCAA basketball tournament field is picked.